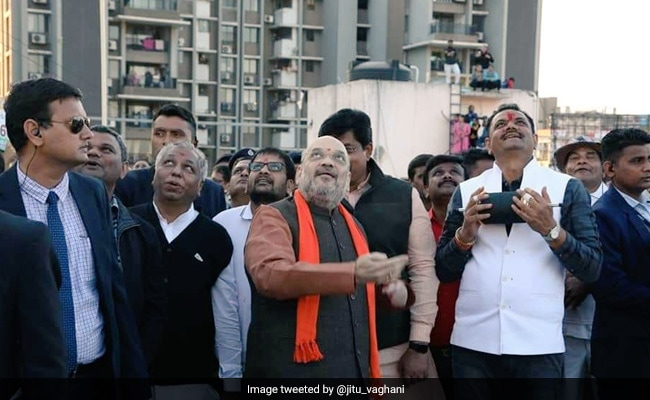 Home Minister Amit Shah on Tuesday flew a kite from a rooftop on Anand Nagar Road in Ahmedabad on the occasion of Makar Sankranti. The area is part of his Lok Sabha constituency, Gandhinagar.

The BJP president was seen flying a kite from the rooftop of an apartment in Kanak Kala Society along with wife Sonalben Shah, Gujarat BJP president Jitu Vaghani and state BJP youth morcha president Rutvij Patel.

Enjoyed flying kite at Ahmedabad today along with our Hon'ble Minister of Home Affairs, Government of India and Bharatiya Janata Party President Shree @AmitShah ji.The sight of the skies full of colourful kites is a delight.Sharing some celebration pictures of #MakarSankranti2020pic.twitter.com/dO1URboOAm

However, kites with both pro- and anti-Citizenship (Amendment) Act slogans written on them were seen over the skies of Ahmedabad on Tuesday.