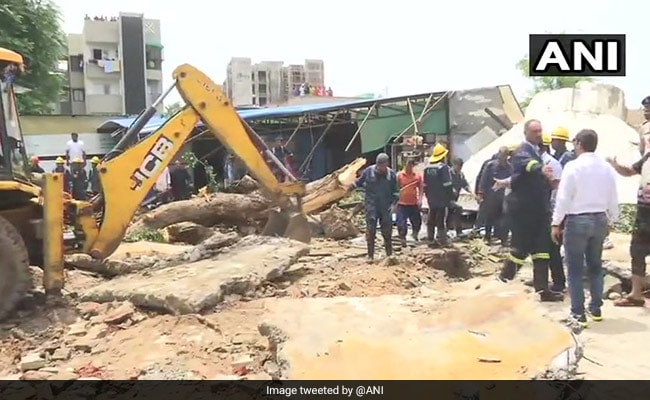 The water tank crashed on people working on an adjacent plot, the police said.

Three people were killed and six others injured after a water tank collapsed on catering employees in Ahmedabad on Monday, officials said.

The water tank, said to be over 20 years old, crashed on people working on an adjacent plot, the police official.

"Three of them were brought to the hospital. Two people are in a critical condition," medical superintendent RM Jitiya said.

Ahmedabad Collector Vikrant Pandey said a committee has been formed to investigate the incident.

"The water tank was constructed by the municipality in 1997. It collapsed due to sinking of soil. A probe has been ordered and action will be taken accordingly," he said.