The coronavirus has spread across China and beyond, with 17 people killed and more than 500 infected in an outbreak that started in Wuhan. 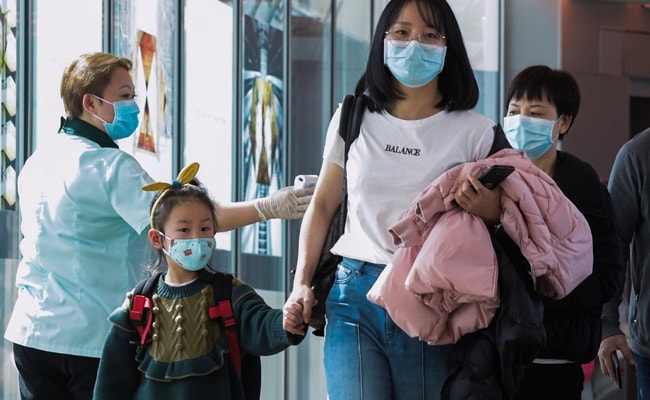 City officials had earlier urged people to stay away from Wuhan and for residents to avoid leaving.

The Chinese city at the heart of a deadly virus outbreak is under effective quarantine, with outward flights and trains suspended, subways halted and large public events cancelled as doctors in full-body protective suits treat patients.

The coronavirus has spread across China and beyond, with 17 people killed and more than 500 infected in an outbreak that started in Wuhan -- a central city of 11 million people described by state media as "the main battlefield" against the disease.

Most cases are in Wuhan, a major transport hub with a seafood market that has been identified as the epicentre of the epidemic. A few cases involving people who visited Wuhan have been found elsewhere in the United States and some Asian countries.

Authorities announced that flights and trains out of the city will be temporarily suspended from 0200 GMT on Thursday, while the city's public buses, subway and long-distance coaches are also halted until further notice, it said.

"Without a special reason, city residents should not leave Wuhan," the central city's special command centre to combat the virus said, according to state media.

The move is meant to "effectively cut off the virus spread, resolutely curb the outbreak and guarantee the people's health and safety," the notice said, according to the official Xinhua news agency.

The decision came as hundreds of millions of people are travelling across China for the Lunar New Year holiday, which starts on Friday.

Tourist attractions and star-rated hotels must also suspend all large-scale activities until that date, it added.

The provincial library and two major local theatres cancelled exhibitions and performances, while four museums have suspended operations until further notice, it said.

City officials had earlier urged people to stay away from Wuhan and for residents to avoid leaving.

Plans to send opera troupes around rural areas during the holiday have also been pulled.

The hashtag "Wuhan is sealed off" was trending on China's Twitter-like Weibo, with more than 30 million views.

"Once there's a suggestion of a new development, the first thought is to maintain stability" and stop rumours, "hoping that by muffling it, it will go away," one user said on Weibo.

Others commended the government's response, with one person saying "we should spare no effort in supporting all of the country's policy decisions".

Fever scanners were checking passengers at the city's airport and train station this week.

The patients, wearing normal clothes with face masks, had their temperatures checked as queues snaked out of the consultation room into the corridor.

A prominent expert from China's National Health Commission confirmed this week that the virus can be passed between people.

However, animals are suspected to be the primary source of the outbreak. Wild animals were illegally sold at the seafood market, officials said.

Police have conducted spot checks for live poultry or wild animals in vehicles exiting and entering the city.

The city government announced the series of tightening measures after facing criticism for going ahead with an annual public banquet for 40,000 families at the weekend, despite the spread of the virus.

Wuhan's mayor told state broadcaster CCTV that they didn't then fully understand how the virus was spread and the decision to go ahead was based on a judgement that the spread was "limited."

"We are constantly learning more about the epidemic," he said.