The gathering of trade ministers at the WTO's headquarters in Geneva was due to wrap up on Wednesday. 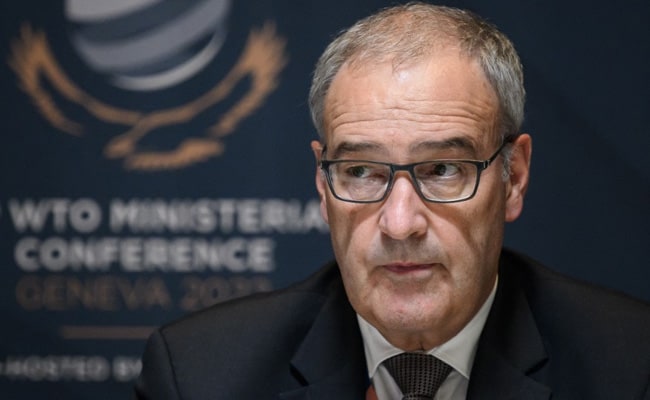 The World Trade Organization's ministerial conference will run over into a fifth day Thursday in the hope of striking thus-far elusive deals on fishing subsidies, food security and combating Covid-19.

The gathering of trade ministers at the WTO's headquarters in Geneva was due to wrap up on Wednesday, with the global trade body hoping to prove it still has a role to play in tackling big global challenges.

But WTO chief Ngozi Okonjo-Iweala, who has hinged her leadership on breathing new life into the sclerotic organisation, said landmark deals were within reach if ministers ploughed on.

"Progress is being made but it needs a little more work and more time," the director-general said.

"It requires that we work and work nights; whatever it takes."

She said countries "feel that we really can cross the line on some of these things if we gave it a bit more time".

The last WTO ministerial conference, in December 2017 in Buenos Aires, was widely considered a flop, closing without a major agreement.

The global trade body only takes decisions by consensus among all 164 members.

Okonjo-Iweala, who took office in March 2021, is keen to make the WTO a relevant player on the international stage.

The former finance and foreign minister of Nigeria was hoping to pull off a coup by securing a long-sought deal on curbing harmful fishing subsidies.

Negotiations towards banning subsidies that encourage overfishing and threaten the sustainability of the planet's fish stocks have been going on at the WTO for more than two decades.

Diplomats say a deal is closer now than ever before.

But India threw a spanner in the works late Tuesday, insisting it would not sign up without a 25-year exemption -- far longer than many are comfortable with.

"Without agreeing to the 25-year transition period, it will be impossible for us to finalise the negotiations," Commerce and Industry Minister Piyush Goyal said in a statement.

"This is completely unacceptable! And that is the reason India is opposed to the current text."

Besides fisheries, the WTO conference is trying to strike deals on agriculture, food security, Covid-19 vaccine patents, the WTO's response to pandemics, and reform of the organisation itself.

Despite the overtime, one diplomatic source close to the negotiations said it was "not yet clear that there is a deal to be had".

Some emerging from the negotiating rooms are blaming Indian intransigence on not just fisheries but on every topic.

Citing their "destructive tactics", the source said: "The question is are they really going to pull the whole edifice down, or whether they're willing to go along with the views of the vast majority of members," the source said.

On fishing, the source added: "Now is the time... civil society wants this, fishing communities want it, and our fish need it."

Ministers are discussing the possibility of imposing a temporary waiver on Covid-19 vaccine patents.

But serious objections remain from some countries that host major pharmaceutical companies, like Britain and Switzerland, notably on the scope of the proposals.

NGOs believe the text does not go nearly far enough.

"The proposal on the table is intended to save the reputation of the WTO but it will not save a human life from the pandemic," demonstration organiser Deborah James told AFP.

Swiss economy minister Guy Parmelin insisted he remained against a wide-ranging waiver, adding that "patents have not slowed access to vaccines -- quite the opposite".

As for whether the Swiss were isolated, he said many other nations were simply "hiding their cards", with a touch of "hypocrisy in certain countries".

A second pandemic-related text being negotiated seeks to tackle supply constraints faced by certain countries in getting hold of Covid-fighting tools.

"Significant progress has been made: we're not far from agreements on many of these topics," he told reporters.