The revelation also raises the intriguing possibility that the massive impact could have significantly altered the Earth's climate, helping end a period of global "deep freeze". 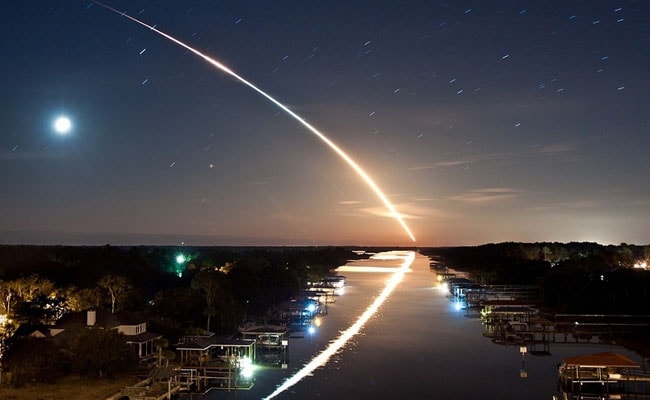 The meteor crater is 200 million years older than any similar site known on Earth. (Representational)

A crater in western Australia was formed by a meteor strike more than 2.2 billion years ago and is the world's oldest known impact site, new research published Wednesday shows.

The study marks the first time that the Yarrabubba crater has been precisely dated, at 2.229 billion years old, and means it is 200 million years older than any similar site known on Earth.

The revelation also raises the intriguing possibility that the massive impact could have significantly altered the Earth's climate, helping end a period of global "deep freeze".

Scientists had long suspected that Yarrabubba, in a remote part of the outback, dated back several billion years.

But dating ancient craters is not easy: the sites tend to be poorly preserved because erosion and tectonic events such as earthquakes have "progressively erased into the geologic past", the researchers wrote in their paper, published in the journal Nature Communications on Wednesday.

And even where craters are still present, determining their age is complex.

To date Yarrabubba precisely, the team hunted for evidence of "shock recrystallisation" in minerals at the site -- essentially where the massive impact of the meteor had altered the structure of materials including zircon and monazite.

Once identified, uranium in the grains helped the scientists determine a precise date, which they found coincided with a period when the planet emerged from a global deep freeze known as "Snowball Earth".

"Glacial deposits are absent from the rock record for around 400 million years after the Yarrabubba impact," Chris Kirkland, a professor at Curtin University's School of Earth and Planetary Sciences who was involved in the study, told AFP.

"The impact fits within the context of Earth moving out of frigid conditions."

The researchers theorise that when the meteor hit Yarrabubba, the site was covered with ice, like much of the rest of the Earth at the time.

The massive strike, which created a crater around 70 kilometres (45 miles) in diameter, may have sent up to half a trillion tons of vaporised ice into the atmosphere, according to models run by the team.

"If the impact occurred into an ice sheet then it would release lots of water vapour, which is an even more efficient greenhouse gas than carbon dioxide," lead author Timmons Erickson, of NASA's Johnson Space Center and Curtin's School of Earth and Planetary Sciences, told AFP.

"That, in turn, may result in warming of the planet."

That conclusion may raise some eyebrows.

The researchers concede there is no proof for now that the site was covered in ice at the time, and large meteor strikes are more often associated with cooling events than atmospheric warming.

"They don't have any evidence that there was a glacier at the site, so it's like a thought experiment, it's speculation," said Tim Barrows, a professor of environmental change at the University of Wollongong, who was not involved in the study.

Erickson acknowledged that the idea was still speculative for now.

"We hope it will prompt other researchers to investigate the role that an impact event may have on the Earth's climate during a Snowball scenario," he said.

While Barrows cast doubt on the climate change theory, he praised the "extremely impressive dating", saying the technique could help shed new light on other poorly preserved impact sites.

The research team said they hoped their findings would boost the search for clues in the sediment record about the effects of the Yarrabubba strike, as well as encourage more work on dating craters.

"The only way to understand the tempo of impacts on Earth is to look back at the history and timing of the cratering record," said Kirkland.

"This work shows that there are impacts preserved on old, highly eroded pieces of the planet."

(Except for the headline, this story has not been edited by NDTV staff and is published from a syndicated feed.)
Comments
Meteor crateroldest meteor crater