World's 'Oldest' Message in a Bottle Found in Germany 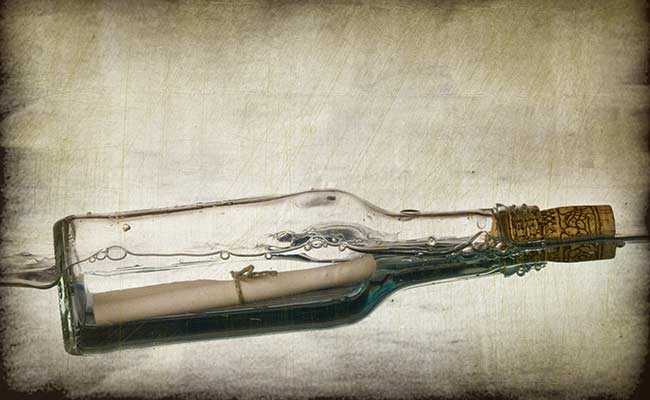 London: A message in a bottle that washed up on a beach in Germany more than 108 years after it was thrown into the sea is believed to be the world's oldest.

The bottle was released in the North Sea between 1904 and 1906 and found by a woman on a beach in Amrum, Germany.

A postcard inside asked anyone who discovered the bottle that it be sent to the Marine Biological Association (MBA) of the UK, where the bottle was returned.

According to the association, the bottle was one of some 1,000 released as part of marine research.

The research, looking at ocean currents, was carried out by George Parker Bidder, who went on to become MBA president from 1939 to 1945, BBC News reported.

Inside each bottle was a postcard that promised a shilling to anyone who returned it.

An old English shilling was sent by the association to retired postal worker Marianne Winkler, who found the bottle in April during her holiday to the German island.

The association said it was waiting to hear whether it was a world record for the oldest message in a bottle found.

The existing world record for the oldest message in a bottle is 99 years and 43 days, found west of the Shetland Islands in July 2013.