Lake Baikal's high biodiversity includes over 3,600 plant and animal species, most of which are endemic to the lake. 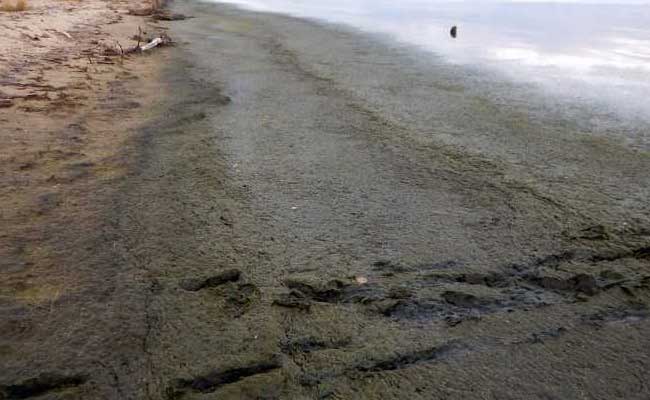 Scientists say Lake Baikal's signature fish which has lived in it for years is also under threat. (AFP)

MOSCOW: Lake Baikal is undergoing its gravest crisis in recent history, experts say, as the government bans the catching of a signature fish that has lived in the world's deepest lake for centuries but is now under threat.

Holding one-fifth of the world's unfrozen fresh water, Baikal in Russia's Siberia is a natural wonder of "exceptional value to evolutionary science" meriting its listing as a World Heritage Site by UNESCO.

Baikal's high biodiversity includes over 3,600 plant and animal species, most of which are endemic to the lake.

Over the past several years, however, the lake, a major international tourist attraction, has been crippled by a series of detrimental phenomena, some of which remain a mystery to scientists. 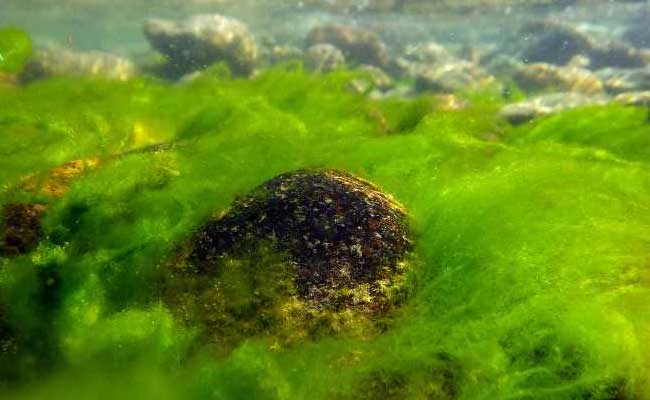 They include the disappearance of the omul fish, rapid growth of putrid algae and the death of endemic species of sponges across its vast 3.2 million-hectare (7.9 million-acre) area.

Starting in October, the government introduced a ban on all commercial fishing of omul, a species of the salmon family only found in Baikal, fearing "irreversible consequences for its population", the Russian fisheries agency told AFP.

"The total biomass of omul in Baikal has more than halved since 15 years ago" from 25 million tonnes to just 10 million, the agency said.

"Baikal water stock is tied to climate," he said. "Now there is a drought, rivers grow shallow, there are less nutrients. Baikal's surface heats up and omul does not like warm water."

UNESCO last month "noted with concern that the ecosystem of the lake is reported to be under significant stress" and a decrease in fish stocks is just one observable effect.

The Baikal omul, a well-known speciality, was for centuries the main local source of food, eaten salted or smoked, and especially important given the region has no farming.

Another peril to the lake's ecosystem is the explosion of algal blooms unnatural to Baikal with thick mats of rotting Spirogyra algae blanketing pristine sandy beaches, which some scientists say indicates that the lake can no longer absorb human pollution without consequence.

"I am 150 percent sure that the reason is the wastewater runoff" from towns without proper sewage treatment, particularly of phosphate-containing detergents, said Oleg Timoshkin, biologist at the Russian Academy of Sciences' Limnological Institute in Irkutsk.

Fifteen years ago, some of the lake's picturesque villages had only two hours of electricity a day, but now improved power access means that "every babushka rents out rooms and has a washing machine," he said.

Indeed the lake, which is 1,700 metres (5,580 feet) deep, and its tourism now provide a livelihood for many residents to replace fishing.

Foreign visitors often spend time at Baikal while doing a trip on the Trans-Siberian Railway and in recent years more Chinese have been coming as Russia eased visa requirements.

Russians love the area, too, for its hiking trails, camping and spectacular scenery.

Timoshkin has travelled the length of Baikal testing for Spirogyra prevalence and said that in three critical zones near populated areas "the bottom does not look like Baikal anymore" and algae is pushing out oxygen-loving molluscs and crustaceans.

Near the town of Listvyanka, the tourist hub closest to regional centre Irkutsk, "there used to be underwater forests of sponges 15 years ago, now they are all dead," Timoshkin said.

Last year, Timoshkin tested 170 types of sponges throughout Baikal's coast, and "only 11 percent looked healthy," he said. "When you take a dead sponge to the surface it smells like a corpse."

If dumping polluted water into the lake doesn't stop, "shallow coastal zones will change severely," he said, calling for a ban on phosphate-containing substances in the region and building "the best sewage treatment plants in Russia."

A special 1999 law in Russia spells out protection measures for Lake Baikal. The government is also putting 26 billion rubles (about $452 million, 385 million euros) into a cleanup programme, which started in 2012, to fund treatment facilities, though local experts say much of the money gets wasted.

In one town, Babushkin, on Baikal's shore, millions of dollars were spent on a brand new treatment plant but bacteria meant to purify the water fail to work in the Siberian winter, local media said.

"As usual, the strictness of our laws is compensated by the fact that following them is optional," said Buryatia-based ecologist Sergei Shapkhayev. "Money is being allocated but it gets stolen."

Promoted
Listen to the latest songs, only on JioSaavn.com
Science funding has also grown thin at a time when studying Baikal is most vital, both Timoshkin and Mamontov said. "How can you cut funding during a crisis?" Timoshkin asked.