President Donald Trump dealt a setback to the UN push for climate action when he announced last year that the United States was withdrawing from the Paris agreement. 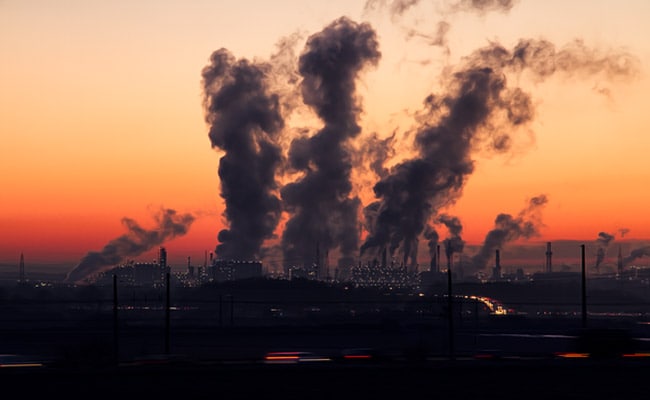 Recent studies show the world is off track and likely to miss targets set during Paris agreement.

With 2018 shaping up as the fourth hottest year on record, UN Secretary-General Antonio Guterres warned Monday that the world must take action in the next two years to avert the disastrous consequences of runaway climate change.

"Climate change is the defining issue of our time -- and we are at a defining moment," Guterres said in an address at UN headquarters in New York.

"If we do not change course by 2020, we risk missing the point where we can avoid runaway climate change, with disastrous consequences for people and all the natural systems that sustain us."

World leaders who signed the Paris agreement on climate change in 2015 committed to a series of measures to limit global temperature rises to less than 3.6 degrees Fahrenheit (two Celsius) and to below 1.5 degrees by the end of the century.

But recent studies show the world is off track and likely to miss that target.

Guterres called for stronger leadership from politicians, business, scientists and the public to "break the paralysis" and put the world on a climate-friendly path.

"Far too many leaders have refused to listen. Far too few have acted with the vision the science demands," said Guterres whose address came just two weeks before world leaders gather in New York for the annual UN General Assembly meeting.

President Donald Trump dealt a setback to the UN push for climate action when he announced last year that the United States was withdrawing from the Paris agreement.

But UN officials fear backsliding from other countries such as Australia, one of the world's worst per capita greenhouse gas polluters, which has scrapped plans to enshrine targets for reducing carbon emissions into law.

Poland, which will host the COP 24 climate summit in December, is struggling to break free of coal as its main source of energy.

A recent UN study said commitments under the Paris agreement represent just a third of what is needed to meet the target of a cooler planet, said Guterres.

"The mountain in front of us is very high," he said. "But it is not insurmountable.

The UN chief described the upcoming COP 24 summit in the Polish city of Katowice as a "key moment" when leaders will be asked to "show they care about the people whose fate they hold in their hands."

Next year, a major climate summit will be held at the United Nations to take stock of the achievements and failures of the Paris agreement.

(This story has not been edited by NDTV staff and is auto-generated from a syndicated feed.)
Comments
Climate changeUnited Nations