Other library patrons subdued the man, but not before he managed to attack another person. 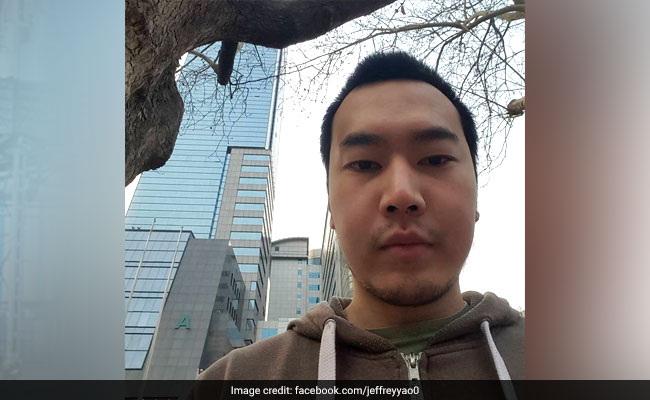 Jeffrey Yao has been identified as the suspect of the attack.

Sometime around 10:30 a.m. Saturday, a man stepped into the quiet of the c's reading room, approached an unsuspecting woman from behind, and pulled out a 10-inch hunting knife.

As other library patrons watched in horror, the man stabbed the woman again and again on her head, chest and torso, according to the Middlesex District Attorney's Office.

The bleeding woman staggered toward the door, and several patrons came to her aid, including a 77-year-old man who was stabbed in the arm before other patrons could subdue the attacker. The woman died at a hospital a little after the attack.

District Attorney Marian Ryan identified the suspect as 23-year-old Jeffrey Yao, a resident of the Massachusetts town of nearly 23,000 that is nine miles northwest of Boston.

Authorities have not released the name of the woman Yao is accused of attacking. Officials said they are waiting until they notify her next of kin before making her name public.

They also have not released the name of the man who came to her aid and was injured. His wounds are not life-threatening.

But a day later, one large question still loomed over the sudden burst of violence that shattered the tranquility of the town's library: Why?

Neighbors of Yao interviewed by the Boston Herald said his behavior had become increasingly erratic in recent years. Some said they worried that he "will kill somebody" - and had shared those fears with police.

One neighbor, a father of two young children who asked the newspaper not to use his name, said Yao had tried to "smash our door down" in a 3 a.m. incident last year.

Leslie Luongo, another neighbor, told the Boston Globe that she would run to her car each day when she left for work at 5 a.m. because she was afraid of Yao.

She said that she wouldn't let her children go outside whenever Yao was around and that people had started locking their doors and keeping bats by their beds.

Yao graduated from Winchester High School in 2012, according to the Globe. He ran cross-country and wrestled, but classmates told the newspaper that his behavior became stranger in his last two years of school. He had stopped bathing, for example, and once posted an insensitive comment on Facebook about a classmate who had died.

The library's director, Ann Wirtanen, announced in a statement posted on Facebook that the library will be closed "until at least Tuesday."

Yao is charged with murder and attempted murder. He is being held without bail until his arraignment on Monday.

Ryan said Yao was known to police but wouldn't elaborate on how, saying that information was part of the investigation.

Neither she nor Winchester Police Chief Peter MacDonnell would provide additional details.

Promoted
Listen to the latest songs, only on JioSaavn.com
More, Ryan said, would come out when Yao is arraigned.