Woman Filed For Divorce From Abusive Husband. Then, "Nightmare" In Court

A US woman's lengthy court battle reflects the myriad roadblocks that victims of domestic violence face when seeking to divorce an abusive spouse. 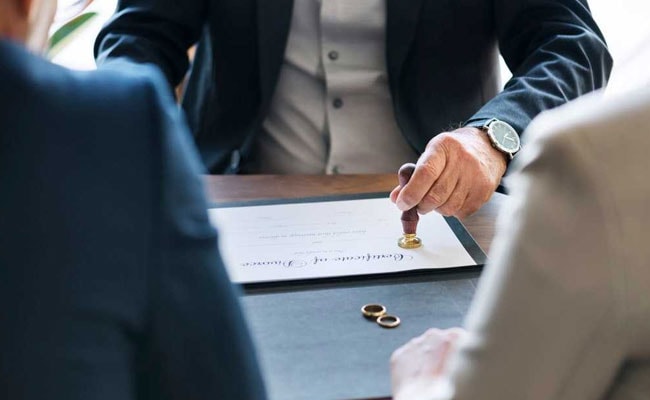 US courts are struggling in addressing domestic violence when litigating custody and property rights.

The argument allegedly began over a bottle of bath soap and ended with Elaine Rigas's then-husband lunging at her throat. As she held their 1-year-old son in a bathtub, Rigas said, she feared that the man would strangle her to death.

After the violent outburst, which Rigas said was one of many over the years, Rigas filed for a civil protection order and a divorce, hoping to end the abusive relationship as soon as she could. Instead, the District of Columbia federal employee found herself in a year-long nightmare of a court fight.

Even after a D.C. Superior Court judge granted the protection order, the divorce proceedings dragged on for months. Because Rigas was the family breadwinner, her former husband's lawyers asked the court to order her to pay spousal support, attorneys' fees and a portion of her pension. In all, Rigas spent upward of $100,000 in legal fees to divorce her former husband, forcing her to pillage her 401(k) and borrow money from family and friends, she said.

"It was just, for me, another form of abuse," said Rigas, a 46-year-old human resources professional. "It felt like such an injustice that he could potentially profit from an abusive marriage."

Reached by The Washington Post, Rigas's former husband denied trying to strangle her but admitted that he "exploded" during the argument and grabbed her by the shoulders. Rigas filed criminal charges against her former husband with law enforcement authorities in his native Greece, where the couple was vacationing when the incident allegedly occurred. The case is still pending. He has not been charged in the United States. 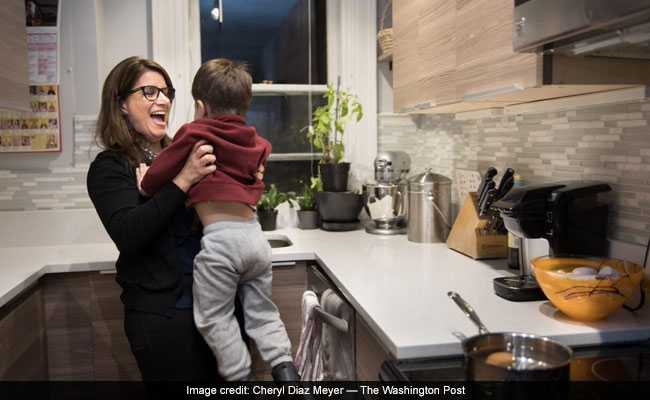 Elaine Rigas said the entire legal fight for divorce was "another form of abuse."

D.C. law allows a couple to divorce after six months of living separately - but only if both parties mutually and voluntarily agree. Since Rigas's former husband contested the divorce, D.C. law required Rigas to remain legally married to him for a year, keeping him on her health insurance plan. And while his lawyers ultimately failed in their attempts, nothing in the law prevented the court from ordering her to pay alimony and other legal fees.

"I think that that's a terrible message for the law to send to a domestic violence victim," said Rigas's attorney, Jenny Brody. " 'We will let him force you to stay married to him.' Why should that be in his control? It's horrific."

After her divorce, Rigas shared her story with D.C. Council member Brianne Nadeau, D-Ward 1, who is now pursuing legislation that would protect spouses from having to pay alimony, legal fees and other spousal support to their abusers in divorce proceedings.

The bill, which Nadeau reintroduced this year after a hearing was not scheduled in the fall, would also allow for an injured spouse to be granted a divorce within three months of the finding of an incident of domestic violence. The bill, nicknamed "Elaine's Law," was referred to the judiciary committee, but a hearing has not been scheduled.

D.C. law currently allows judges to consider domestic violence as one of many factors when they are dividing up property in a divorce. But Nadeau's bill would make clear that domestic violence should be a determining factor and that "the offending spouse should not be entitled to profit from his misdeeds," Brody said.

While it's unclear how often judges in D.C. courts are ordering alimony payments in divorce cases involving domestic violence, Nadeau argued that women could increasingly be forced to make such payments, as more and more women become the top earners in their families.

"The more that we continue to triumph in the workplace, unfortunately, the more often we'll see this," Nadeau said. "No person should be abused and have to go through a second victimization in the court system."

Across the country, family courts struggle with how to address domestic violence when litigating custody and property rights during a divorce, advocates say. Every state now has some form of a "no fault" divorce law, meaning neither party has to accuse the other of wrongdoing to end a marriage.

California is the only state that bars judges from ordering a victim of spousal sexual assault to pay alimony or attorneys' fees to a convicted perpetrator. The law was a result of activism by a woman named Crystal Harris, who was ordered to pay her estranged husband spousal support while he was awaiting trial for sexually assaulting her, and then thousands of dollars to reimburse his attorneys' fees after he was convicted.

Similar bills with even broader language, much like Nadeau's, have failed or stalled in New Jersey and Virginia. The bills in those states faced criticism from advocates who worried that the legislation could have been used against victims of domestic violence.

When asked about Nadeau's bill, several advocates and lawyers for domestic violence victims expressed similar concerns that, if made into law, the bill could backfire and lead to an influx of false allegations of domestic violence against abused spouses.

Rebekah Sullivan, who practices family and domestic law in the District and Maryland, said that in almost every case of domestic violence she has seen, the abuser has made cross-allegations against the abused spouse.

"I think the bill sweeps too broadly," Sullivan said. "With any rule, abusers are much more adept at using it against victims than victims are to use it to protect themselves."

Nadeau said her office discussed these concerns when drafting the bill but is open to strengthening the language to make the intent "incredibly clear."

Sullivan and other lawyers emphasized the need to speed up the divorce process for domestic violence victims, who they say face disproportionately lengthy and expensive divorce proceedings. But several argued that Nadeau's bill wouldn't provide a solution. Sullivan said that even if divorce were allowed within three months of separation, as the bill proposes, it would be virtually impossible to finalize a divorce in such a brief span.

Most divorce cases reach settlements and wrap up fairly quickly, avoiding trial. But in cases with domestic violence allegations, "every little decision along the way is much more difficult," and abusers find opportunities to drag proceedings on longer.

For one 40-year-old public school administrator in the District, it took more than two years and over $50,000 in legal fees to get a divorce from her abusive husband. She and her three children fled their D.C. home in the middle of the night in February 2016, after her former husband drunkenly attacked her, kicked her, pulled braids out of her scalp, and left her bloodied and bruised, with chipped teeth and a busted lip.

Even after her former husband was convicted of three criminal charges, including assault, his lawyers requested in court that the woman be ordered to pay half of her retirement to him as part of the divorce proceedings. He also continually delayed in providing documents needed to divide up property, further dragging out the process and forcing her to not only face him in court frequently but also to drain her savings to pay legal fees.

"It's another form of control or power," she said. "The fact that I had to see him just put my stomach in knots every single time."

Both the school administrator and Rigas said they struggled to find affordable divorce lawyers who specialized in cases of domestic violence, in part because most domestic violence advocacy groups cater to lower-income women.

"They assume that domestic violence only happens to a certain socioeconomic status," the administrator said. "I got told no so many times. I just kind of felt like there was nothing for me as far as getting support."

In the interview with The Post, Rigas's former husband said he never wanted to claim property from her or take advantage of the law during the divorce proceedings and was focused only on making sure he could continue seeing his son. He was unfamiliar with the legal process, he said, adding that the lawyers "created conflict for no reason" and cost him $80,000 in fees, which will take him years to pay off.

Although Rigas was able to fight the attempts by her former husband's lawyers to win alimony, she ultimately agreed to make several other payments on his behalf, including covering some of his outstanding medical bills and other debt, in an attempt to settle the case.

The divorce proceedings wiped out all of her savings, and she's still paying off her legal fees.

"I had to go to court to fight for something that was common sense," she said.