It was not immediately clear whether Goodson was affected by any other medical condition. 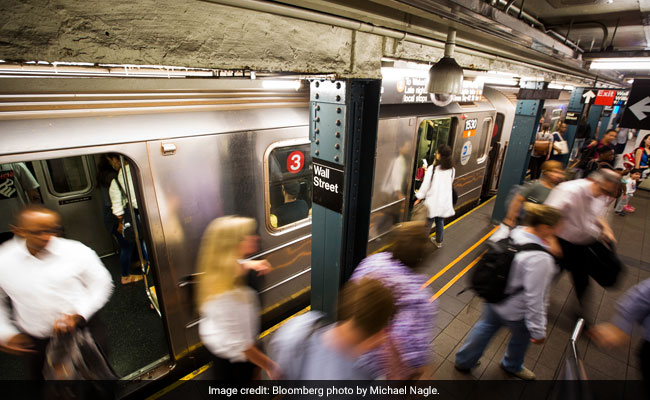 A mother carrying shopping bags, a stroller and her 1-year-old baby died on Monday after falling down a flight of stairs in a New York subway station, officials said.

The woman, Malaysia Goodson, 22, of Stamford, Connecticut, was found unconscious at about 8 p.m. on Monday night in a stairwell of a subway station on Seventh Avenue and 53rd Street, police said. She was taken to a hospital, where she was pronounced dead, police said.

Dieshe Goodson, Malaysia's brother, told News 12 Connecticut that his sister had been in Manhattan for a shopping trip, saying she had a lot of bags with her in addition to the stroller.

"When I was on my way to the hospital last night, I was praying that it wasn't her the whole time," he told the television station.

It was not immediately clear whether Goodson was affected by any other medical condition. The medical examiner's office, which is investigating the death, did not immediately respond to a request for information. The agency that runs New York's subway system, the Metropolitan Transportation Authority, said in a statement that it had found the stairs, railing and floor at the station where Goodson to be in good condition.

"This is an absolutely heartbreaking incident," the agency said in a statement.

Goodson's death drew wide attention Tuesday. Transit and disability groups have increasingly pointed to the system's accessibility issues for those in wheelchairs or who need to use elevators for other reasons. The station where Goodson was found has no elevators, only two escalators that head up to the street from the subway platforms, the MTA said.

"This is a heartbreaking tragedy that never should have happened," Mayor Bill de Blasio tweeted. "The subway system is not accessible for everyone and that's an environment the MTA should not allow."

New York has the most subway stations of any transit system in the world. But three-quarters of its 472 stations do not have elevators, lifts or other features to make them fully accessible to those who are unable to use stairs. For the stations that do have elevators, service outages have been a long-standing complaint.

The MTA said it was working on a plan to add as many as 50 elevators in the next five years.

A group of disability organizations and disabled residents sued the MTA in 2017, arguing that New York's subway system was one of the least accessible in the United States.