On an official trip to Washington, Macron said he planned to talk with his Russian counterpart "in the coming days." 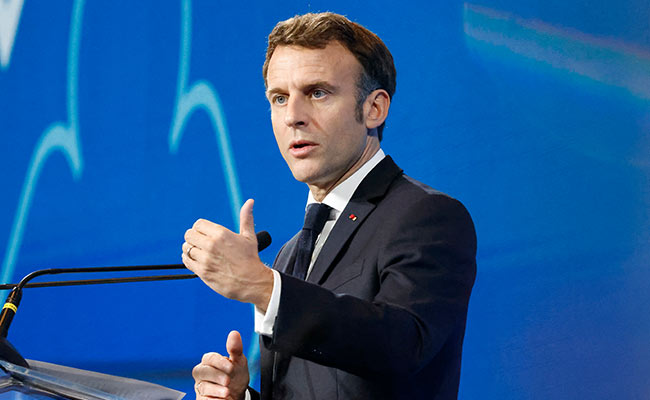 On an official trip to Washington, Macron said he planned to talk with his Russian counterpart "in the coming days."

"I want first to have this state visit and have in-depth discussion with President Biden and our teams together," the French president told ABC's "Good Morning America" show that aired shortly before Macron was welcomed at the White House by President Joe Biden.

Macron has engaged multiple times with Putin, who has become a pariah to the West for launching an invasion of neighbor Ukraine in February that has cost thousands of lives.

"My conviction and my pragmatic approach is to say, I have to engage with the existing leaders and the one in charge of the country," Macron said.

"Because if we do believe in national sovereignty, we can not decide to say that a precondition is regime change to start negotiating."

The French president expressed optimism over Ukraine's progress in resisting Moscow but cautioned that a long and difficult war lay ahead.

"Ukraine is clearly having a very positive counteroffensive, (but) saying they are winning the war is probably too early."

He stressed a "sustainable" peace that ends the conflict could still be hammered out.

"I think it's still possible" to return to negotiations, he told ABC.

As to whether Putin could be a faithful and reliable participant in peace negotiations, Macron suggested the verdict was still out.

"If I had the answer, I would be around the negotiating table with him," he said.

But he made clear he believed "a good peace is not a peace that will be imposed on the Ukrainians by others."