Will Protect Tajikistan In Case Of Incursion From Afghanistan: Russia

According to Russian media reports, the predominantly ethnic Pashtun Taliban have struck an alliance with one particular Tajik terrorist group which may be planning an incursion into Tajikistan. 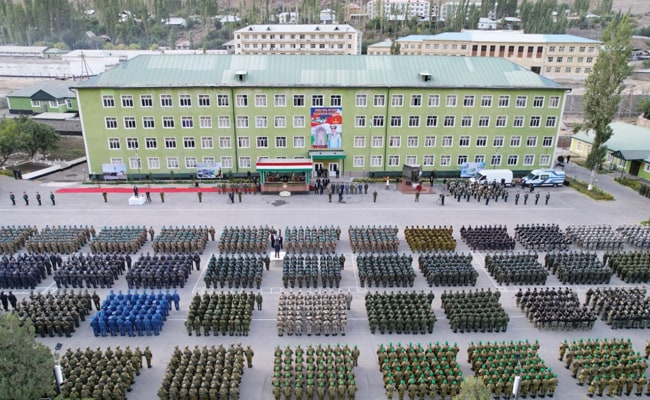 Russia is ready to protect its ally Tajikistan in the event of any incursions from neighbouring Afghanistan, a senior diplomat was quoted on Friday as saying, amid Russian media reports of a terrorist Tajik group preparing a cross-border attack.

Tajiks are the second-largest ethnic group in Afghanistan and make up a majority of the population in some northern areas close to the border with Tajikistan, a former Soviet republic.

According to Russian media reports, the predominantly ethnic Pashtun Taliban have struck an alliance with one particular Tajik terrorist group which may be planning an incursion into Tajikistan.

"All necessary assistance will be provided to Tajikistan if required, both within the (Moscow-led) Collective Security Treaty Organisation framework and bilaterally," Interfax news agency quoted Deputy Foreign Minister Andrei Rudenko as saying.

"There are indeed reports that the Taliban cannot control the situation (in northern Afghanistan). Still, we hope they will honour the promises they have made (about not attacking neighbours)," Rudenko added, without elaborating.

Reuters has been unable to confirm the Russian media reports concerning the Tajik terrorist group.

Tajik President Emomali Rakhmon has previously accused the Taliban of human rights violations during their siege of the Panjshir province, where Afghan opposition forces have held rallies.

The Taliban, which seized power in August amid the chaotic departure of US-led foreign forces from Afghanistan, has warned Dushanbe against meddling in their country's affairs.