Will Michelle Obama Run For US President? Her Answer

Michelle Obama has repeatedly being called to consider running for the next presidential election. 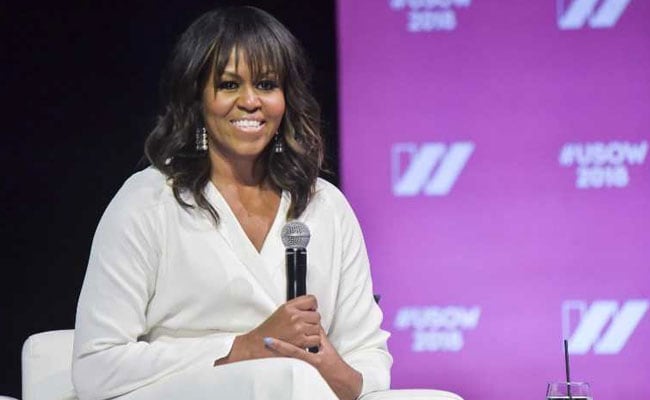 Michelle Obama said there's zero chance that she will run for US President.

Former US First Lady Michelle Obama on Friday put an end to calls for her to run for President saying that she believes there are other ways to help the country.

"There's zero chance," Michelle Obama said when asked whether she will run for president.

"There are so many ways to improve this country and build a better world, and I keep doing plenty of them, from working with young people to helping families lead healthier lives. But sitting behind the desk in the Oval Office will never be one of them. It's just not for me," she added.

Michelle Obama has repeatedly being called to consider running for the next presidential election. Recently, US-based filmmaker Michael Moore said that only Michelle can unseat current President Donald Trump, reported The Hill.

"Everybody watching this right now knows she is a beloved American and she would go in there and she would beat him," Michael Moore said on Thursday when asked who he thought could unseat President Trump.

"She takes the stage and she's so powerful and so good you just look at that and think of course she could win." he added.