WikiLeaks: CIA Is Using Popular TVs, Smartphones And Cars To Spy On Their Owners 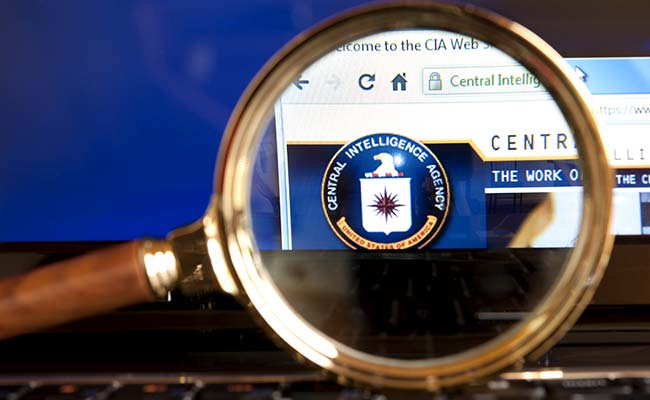 Televisions, smartphones and anti-virus software are vulnerable to CIA hacking, according to WikiLeaks.

The latest revelations about the U.S. government's powerful hacking tools potentially take surveillance right into the homes and hip pockets of billions of technology users worldwide, showing how a remarkable variety of everyday devices can be turned to spy on their owners.

Televisions, smartphones and even anti-virus software are all vulnerable to CIA hacking, according to WikiLeaks documents released Tuesday. The capabilities described include recording the sounds, images and private text messages of users, even when they resort to encrypted apps to communicate.

While many of the attack technologies had been previously discussed at cybersecurity conferences, experts were startled to see evidence that the CIA had turned so many theoretical vulnerabilities into functioning attack tools against staples of modern life. These include widely used Internet routers, smartphones, and Mac and Windows computers.

In the case of a tool called "Weeping Angel" for attacking Samsung smart TVs, WikiLeaks wrote, "After infestation, Weeping Angel places the target TV in a 'Fake-Off' mode, so that the owner falsely believes the TV is off when it is on. In 'Fake-Off' mode the TV operates as a bug, recording conversations in the room and sending them over the Internet to a covert CIA server."

The CIA reportedly also has studied whether it could infect vehicle control systems for cars and trucks, which WikiLeaks alleged could be used to conduct "nearly undetectable assassinations."

And a specialized CIA unit called the Mobile Devices Branch produced malware to control and steal information from iPhones, which according to WikiLeaks were a particular focus because of the smartphone's popularity "among social, political, diplomatic and business elites." The agency also targeted popular phones running Google's Android, the world's leading mobile operating system.

WikiLeaks said it redacted lists of CIA surveillance targets, though it said they included targets and machines in Latin America, Europe and the United States. The anti-secrecy group also said that by developing such intrusive technology - rather than helping tech companies patch flaws in their products - the CIA was undermining efforts to protect the cybersecurity of Americans.

"The argument that there is some terrorist using a Samsung TV somewhere - as a reason to not disclose that vulnerability to the company, when it puts thousands of Americans at risk - I fundamentally disagree with it," said Alex Rice, chief technology officer for HackerOne, a startup that enlists hackers to report security gaps to companies and organizations in exchange for cash.

The trove released Tuesday, which The Washington Post could not independently verify and the CIA has declined to confirm, included 8,761 documents - the first batch in a series of planned releases, WikiLeaks said.

By targeting devices, the CIA reportedly gains access to even well-encrypted communications on such popular apps as Signal and WhatsApp, without having to crack the encryption itself. The WikiLeaks reports acknowledged that difference by saying that the CIA had found ways to "bypass," as opposed to defeat, encryption technologies.

"The idea that the CIA and NSA can hack into devices is kind of old news," said Johns Hopkins University cryptography expert Matthew Green. "Anyone who thought they couldn't was living in a fantasy world."

Snowden's revelations and the resulting backlash made strong encryption a major, well-funded cause for privacy advocates and, perhaps more important, technology companies that had the engineering expertise and budgets to protect data as it flowed across the world.

Google, Microsoft, Facebook, Yahoo and many other companies announced significant new initiatives, in part to protect their brands against accusations by some users that they had made it too easy for the NSA to collect information from their systems. Many websites, meanwhile, began encrypting their data flows to users to prevent snooping. Encryption tools such as Tor were strengthened.

Encrypting apps for private messaging, such as Signal, Telegram and WhatsApp, exploded in popularity, especially among users around the world who were fearful of government intrusion. In the days after the U.S. presidential election last fall, Signal was among the most downloaded programs in Apple's app store, and downloads grew by more than 300 percent.

Open Whisper Systems, which developed Signal, released a statement Tuesday saying, "The CIA/Wikileaks story today is about getting malware onto phones, none of the exploits are in Signal or break Signal Protocol encryption."

U.S. government authorities had complained loudly that the post-Snowden wave of encryption was undermining their ability to investigate serious crimes, such as terrorism and child pornography. The FBI in 2016 sued Apple in hopes of forcing it to unlock an iPhone used by the San Bernadino, California, killers before announcing, amid heavy public criticism, that it had other ways to crack the device.

Against that backdrop, many privacy advocates argued that devices - often called "endpoints" for their place in chains of communications that can criss-cross continents - were the best available targets in a world with widespread online encryption. The WikiLeaks documents suggest that the CIA may have reached the same conclusion.

"It would certainly be consistent with the hypothesis that we've made real progress in the encryption we've been introducing," said Peter Eckersley, technology projects director for the Electronic Frontier Foundation, a San Francisco-based civil liberties group. "It's impossible to be 100 percent certain, but reading the tea leaves, it's plausible."

The WikiLeaks revelations also serve as a reminder that, whatever the political backlash to revelations about digital spying, it is not going away and probably will continue to grow.

Aside from the United States, many other advanced nations such as China, Russia, Britain and Israel have extremely sophisticated tools for digital spying. Less-advanced nations have gained access to powerful online spying technology through a robust and lightly regulated industry of surveillance contractors throughout the world.

On Tuesday, resignation and frustration rippled through Silicon Valley as technologists grappled with the revelations of yet another U.S. government attempt to exploit their systems. And cybersecurity experts reacted with alarm.

"This is explosive," said Jake Williams, founder of Rendition InfoSec, a cybersecurity firm. The material highlights specific anti-virus products that can be defeated, going further than a release of NSA hacking tools last year, he said.

The WikiLeaks release revealed that the CIA has sophisticated "stealth" capabilities that enable hackers not only to infiltrate systems but to evade detection, as well as abilities to move inside a system freely as if they owned it.

Nicholas Weaver, a computer security researcher at the University of California at Berkeley, said the dates in the WikiLeaks files suggest that the documents were taken in February or March 2016. At least two of them are marked top secret, "which suggests that somebody in early 2016 managed to compromise a top-secret CIA development system and is willing to say that they did."

Promoted
Listen to the latest songs, only on JioSaavn.com
One internal CIA document listed a set of Apple iPhone "exploits" - tools that can be used to compromise the device by taking advantage of software flaws. Some of the tools are based on "zero days," which are software vulnerabilities that have not been shared with the manufacturer. So "some of these descriptions will allow Apple to fix the vulnerabilities," Weaver said. "But at the same time, they're out in the public, and whoever stole this data could use them against U.S. interests."