Grace Meng said she had not heard from her husband Meng Hongwei since he travelled to China from France, where Interpol is based, in late September. China has said it is investigating Meng for wrongdoing. 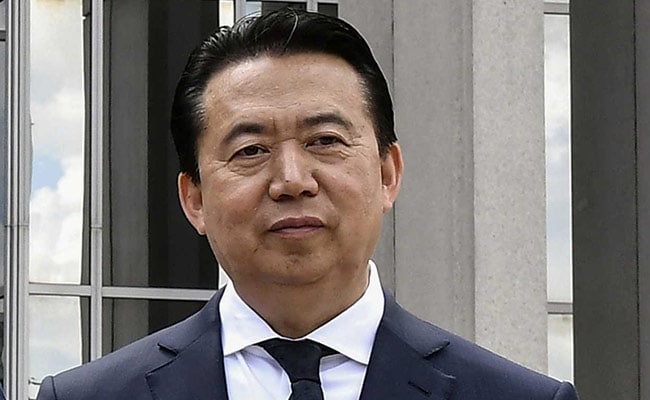 The wife of the missing Chinese former head of Interpol said she had written to French President Emmanuel Macron to ask for his help on the eve of a visit by his counterpart Xi Jinping.

Grace Meng told France 24 she had not heard from her husband Meng Hongwei since he travelled to China from France, where Interpol is based, in late September.

China has said it is investigating Meng for wrongdoing.

"I hope the president can help Mr Meng and his family, to protect our fundamental human rights," Grace Meng said in the interview broadcast on Sunday evening.

Meng's wife, who has remained in Lyon with the couple's two children, said she feared the Chinese authorities wanted to kidnap her family.

"They have no bottom-line. Even if I am in France, they want to kidnap me and my children."

Meng, 65, was appointed president of the global police cooperation agency in late 2016, part of a broader Chinese effort to gain leadership positions in key international organizations.

Under Xi, China has been engaged in a sweeping crackdown on official corruption. Chinese authorities said several days after Meng's arrest that the vice minister was being investigated for bribery.

Macron hosted President Xi at a private dinner on the French Riviera on Sunday night, ahead of a working meeting in Paris on Monday.

Grace Meng said her husband was "devoted to the motherland".

"He was well-known for his reformist views", she said in the interview.