Twitter's filing notes that Dorsey "declined all compensation" when he was re-appointed CEO in 2015. 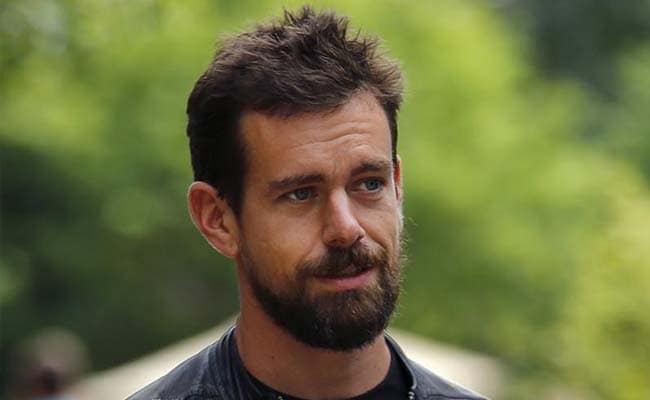 Dorsey own 2.3 percent of Twitter's stock, including beneficial ownership of some 18 million shares.

Most CEOs make headlines when their annual pay is notably high. Twitter CEO Jack Dorsey is getting attention for 2018 pay that's notably low - and one that gives a symbolic wink to its own history.

Last year, according to a regulatory filing Monday, the social-media platform reported that it paid Dorsey $1.40 (yes, one dollar and forty cents), a nod to the company's former 140-character limit. It's an unusual twist on what's been called the $1 salary club - a wealthy, rarefied group of founder-CEOs with such massive equity stakes in their companies that base annual salaries are token and inconsequential.

While many companies have given their CEOs a $1 payday - whether because they are wealthy founders or wanted to make a symbolic gesture during a crisis or tough times - it's unusual to see them "do something fun with it," said John Roe, head of ISS Analytics. "I have not seen that before." Twitter raised its number of characters from 140 to 280 in 2017.

Dorsey, however, appears to have done it before. He is also the CEO of Square, the mobile payments system, which paid him a $2.75 salary in 2017. Square charges a 2.75 percent processing fee for swiped transactions.

Amazon founder and CEO Jeff Bezos - the world's richest man and the owner of The Washington Post - still had his base salary set at $81,840 as of the latest filing, the same as it was in 1998, the year after Amazon's IPO. Warren Buffett, a billionaire many times over and the CEO of Berkshire Hathaway, has had an annual base salary set at $100,000 for decades.

Twitter's filing notes that Dorsey "declined all compensation" when he was re-appointed CEO in 2015. He received no bonus, no new stock awards and no benefits or perquisites in 2018, according to the proxy, and did not exercise any options or acquire more shares upon vesting. Dorsey also received no salary or equity grants from Twitter in 2017; in 2016 he also received no salary but was paid $56,551 in "residential security and protective detail" costs.

Dorsey does, of course, own 2.3 percent of Twitter's stock, including beneficial ownership of some 18 million shares, according to the proxy. In 2018, he also sold 1.7 million shares of Square, netting him $80 million after estimated taxes.

For founders who've made millions, the typical $1 million or so in base salary paid to many public company CEOs isn't a noticeable loss.

"In a lot of those cases an annual salary is not meaningful to the relative individual," Roe said. "It isn't a big give-up on their part, but it's a big symbolic thing that they do."

Yet some companies that pay their CEOs token salaries still compensate them in other ways. Roe counts 91 CEOs among companies in the Russell 3000 index that have had a nearly zero base salary in their most recent proxy. Of these, 22 saw virtually no pay, like Dorsey, and another eight received only benefits, perquisites or pensions valued at a relatively minimal - for CEOs at least - $100,000 or less.

But another 37 of those 91 CEOs still received compensation valued at more than $1 million - and 10 at more than $10 million - typically in new stock awards or options granted in the most recent year. Kinder Morgan CEO Steven Kean had a $1 base salary in 2018, but received stock awards valued at $16 million that vest over a three-year period. CEO Richard Fairbank, the founder and CEO of Capital One Financial, was paid no base salary in 2018, but received a $4.2 million bonus and stock awards valued at nearly $13 million. The company's proxy notes that 100 percent of his compensation is deferred for a three-year period.