Why Mark Zuckerberg's New Year's Challenge To Himself Just Might Work 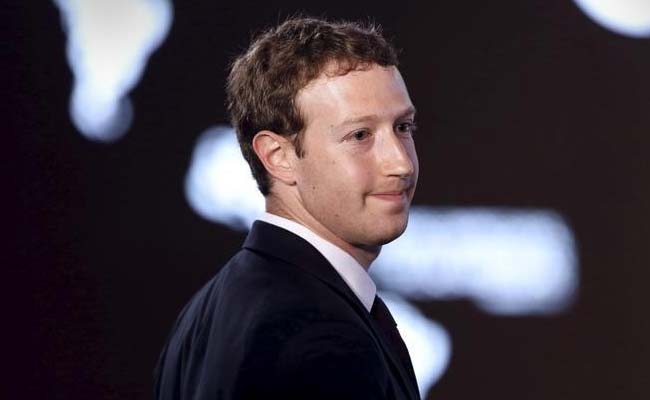 Facebook founder and CEO Mark Zuckerberg posted on his Facebook page Sunday that his personal goal for 2016 "is to build a simple AI to run my home and help me with my work".

As New Year's resolutions go, this one will put your "clean out my inbox" or "lose 15 pounds" to shame.

Facebook founder and CEO Mark Zuckerberg posted on his Facebook page Sunday that his personal goal for 2016 "is to build a simple AI to run my home and help me with my work," he wrote. Comparing it to the digital butler who assists Tony Stark with his superhero life, Zuckerberg wrote, "you can think of it kind of like Jarvis in Iron Man."

He'll start by looking into existing technology, then teach it to use his voice to control his home, let in friends the system recognizes when they ring the doorbell, monitor his infant daughter's room, and see work-related data in virtual reality. "This should be a fun intellectual challenge to code this for myself," he wrote.

Zuckerberg's ambitious "personal challenge," as he calls it, is an annual tradition for the Facebook wunderkind, who sets public goals for himself each year that range from the lofty to the quirky. Last year, he said he wanted to read a book every two weeks. Other goals have included learning to speak Mandarin (2010), only eating meat from animals he'd personally killed (2011) and meeting someone new each day--in person, not on social media (2013).

Obviously, these aren't the typical lose-weight or get-organized fodder that make up most resolutions.

Knowing very little about artificial intelligence, I can't predict just how probable Zuckerberg's challenge to himself really is. But if the technological possibility is indeed within reach, it seems likely he'll reach it.

That's not just because he has massive resources to put toward it: Even after he said he'd donate 99 percent of his Facebook stock last month, Zuckerberg would still have some $450 million leftover, given recent valuations. Nor is it simply due to his record of following through on past challenges. Zuckerberg gave a 20-minute speech in Mandarin at Tsinghua University in Beijing last fall and held a 30-minute Q&A the year before in the language - both described as mediocre but admirable attempts at the difficult language.

Rather, it's also because he makes his personal challenges so public.

No other CEO's personal attempts at self-improvement garner as many headlines as Zuckerberg's. That may be because of how few CEOs actually make such declarations public, how bold Zuckerberg's goals tend to be, or how much fascination there is with the lives of Silicon Valley's uber-elite.

But it also likely works to Zuckerberg's advantage. Research has shown that a person's commitment to difficult goals is much higher when the goals are made public rather than kept private. As Wharton assistant professor Drew Carton recently said, regarding sticking to professional New Year's resolutions, "we don't like the ignominy that comes with other people knowing that we haven't met our goals."

For most of us, that shame would only come from the few people we'd told. In Zuckerberg's case, millions will know if he doesn't reach it--or at least put forth a worthy effort. If Zuckerberg ends up coding a digital butler who can open the door of his home to Sheryl Sandberg or poke him if baby Max starts coughing during her nap--and especially if the Facebook chief doesn't - we're likely to hear about it. There are few greater fuels toward our goals than overt failure, and public accountability is a powerful force.