It was yet another apparent change of course for Trump, who veers from harsh threats to promises of compromise and back again on trade and other more sensitive issues. 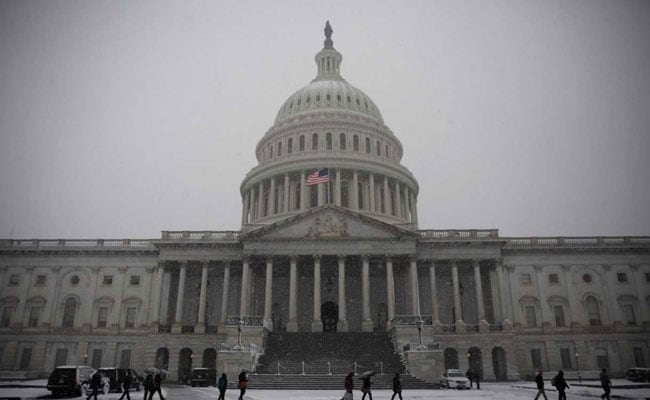 Washington, United States: President Donald Trump said Tuesday he is moving to finalise trade sanctions against China even as a US delegation is set to travel to Beijing for talks to resolve the dispute.

The White House said the planned sanctions announced in March, largely focused on China's theft of American intellectual property, were still in the works and details would be announced in the coming month.

It was yet another apparent change of course for Trump, who veers from harsh threats to promises of compromise and back again on trade and other more sensitive issues.

Despite announcing a truce in the trade hostilities less than 10 days ago, after Treasury Secretary Steven Mnuchin said threatened tariffs on Chinese goods were "on hold," the White House signaled it was ready to pull the trigger on a broad array of penalties.

"From now on, we expect trading relationships to be fair and to be reciprocal," in a statement, which spelled out a list of long-standing US trade grievances," Trump said in a statement.

The Chinese Commerce Ministry said the move breached the recent consensus reached between Washington and Beijing.

"Whatever measures the United States takes, China has the confidence, capability and experience to defend the interests of Chinese people and the core interests of the country," the ministry said in a statement published by official new agency Xinhua.

The US trade sanctions announced in March -- including restrictions on Chinese investment, export controls and 25 per cent tariffs on as much as $50 billion in Chinese tech goods -- remain under development, the White House said.

The final list of Chinese imports covered by the tariffs list will be announced June 15, and imposed shortly thereafter, while the proposed investment restrictions and enhanced export controls will be announced by June 30, according to the statement.

Trump has threatened to impose tariffs on an additional $100 billion in Chinese goods as well if Beijing retaliates.

In addition, as part of the ongoing talks "the United States will request that China remove all of its many trade barriers, including non-monetary trade barriers, which make it both difficult and unfair to do business there."

The announcement, which offered little new information, comes as Commerce Secretary Wilbur Ross prepares to travel to Beijing this week for another round of talks aimed at resolving the conflict, which includes a threat of matching sanctions from China on US goods.

The White House issued a second statement listing the details of many complaints against China, including dumping of goods into the US market at below market value, high tariffs and overcapacity -- likely referring to steel and aluminum, which are subject to another set of harsh US tariffs.

In addition to the bilateral talks with Beijing, the US also will continue to pursue the complaints filed in the World Trade Organization as well as the cases against individual products.

The National Retail Federation on Tuesday said it was "disappointed" with the new White House communications, saying the tariffs would raise prices, kill jobs and spur costly retaliation.

"The lack of clarity surrounding the administration's plans is creating significant uncertainty for American businesses, disrupting supply chains and threatening to undermine the economic gains we've seen over the past year.

The NRF cited a study which estimated the tariffs on $50 billion in Chinese imports could shave $3 billion off of US GDP and eliminate 134,000 jobs.

The White House announcement came on the heels of stiff criticism from lawmakers of the White House's negotiating tactics and willingness to soften tough penalties in some cases with no benefit to the US.

Promoted
Listen to the latest songs, only on JioSaavn.com
Trump has faced a backlash among lawmakers this month after announcing he would soften US sanctions on the Chinese telecoms equipment maker ZTE, which neared collapse due to an April ban on purchasing crucial US components.