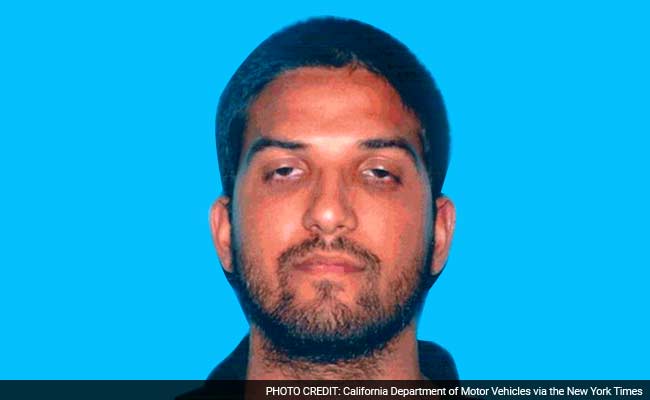 In a drivers license photo provided by the California Department of Motor Vehicles, .Syed Rizwan Farook, one of two suspects in the mass shooting in San Bernardino, Calif. on Dec. 2, 2015.

SAN BERNARDINO: Another morning stuck in a conference room, another requisite all-staff meeting, and Patrick Baccari arrived to find his co-worker Syed Farook sitting at a table by himself. He was wearing a button-down shirt and a long beard. Baccari walked over to join him. "Ready to be bored?" Baccari asked, because that was always their joke. San Bernardino County required its health inspectors to gather at least twice each year for a day of speeches and continuing education. "I'm ready," he would remember Farook telling him and smiling back.

They sat together near the back of the room as it filled with 75 people, and soon their table was full, too. There was Chris Nwadike, a government worker for the past 25 years. There were Isaac Amanios, a 60-year-old father of three, and Denise Peraza, 27 and newly married.

A technician wheeled out a podium. A supervisor stood up to welcome them. At some point after the first hour, Farook got up and left his papers on the table and his jacket on the back of his chair.

"Where's Syed?" Baccari remembered someone at the table asking, and then a little while later Farook was back, this time with his wife, two assault rifles, two handguns and hundreds of rounds of ammunition.

What happened next took less than four minutes. Fourteen people were killed. Twenty-one people were injured. And so many in the San Bernardino County Department of Health were left doubting how much they knew about not only their co-worker but also about their government office and the country it represented. 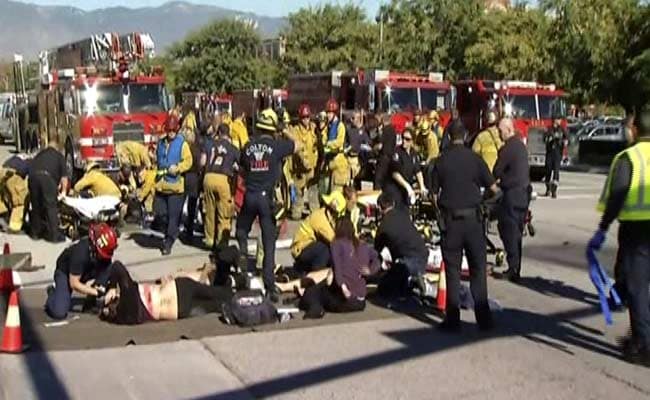 The SWAT team rescued civilians and helped to evacuate the place.

One health department supervisor sometimes referred to her team of inspectors as a "Little United Nations," because they had come to San Bernardino from everywhere: Eritrea, Colombia, India, Mexico and Central America - the most diverse office in San Bernardino County.

"No talking politics. No interoffice drama," was how their supervisor, Amanda Adair, described the office rules.

Farook had always been one of the most agreeable, the quietest, and also among the best at his job, Adair said. He was a college graduate with five years of experience in environmental health. He had helped train his co-workers on a new computer program and won gift certificates to TGI Fridays as an interoffice reward for good performance. He had taken a long vacation from work once to travel to Saudi Arabia and see the woman who would become his wife.

Early in the year, he had set up a baby registry at Target for his newborn son, and his office mates had thrown him a baby shower. They had asked to meet his new wife and teased him lightly when he demurred.

"We all thought he was doing great, having a family, but still the same guy - peaceful and quiet," Baccari said.

"He got along with everybody," Nwadike said.

So it was more than just the black mask and tactical gear that rendered Farook unrecognizable to so many of his co-workers when he returned to the meeting about 11 a.m. The division chief had just finished a talk about statistics. The county supervisor had announced more hiring for next year and then given everyone a five-minute bathroom break.

That's when, investigators say, Farook and his wife drove up to the beige three-building complex of the Inland Regional Center on a quiet street in San Bernardino, driving a rental car with Utah plates. 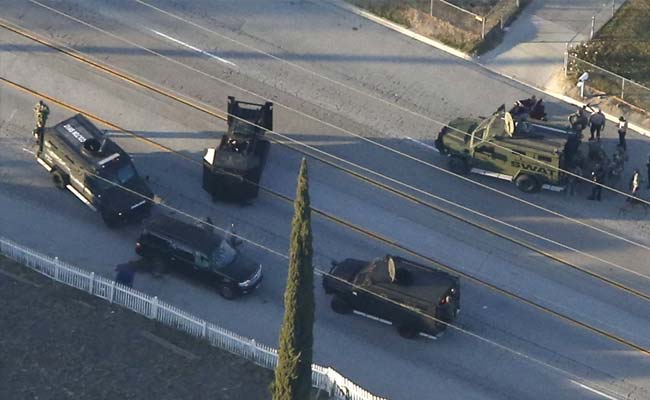 Syed Farook and his wife drove up to the building complex of the Inland Regional Center in San Bernardino.

They approached the patio with unlocked doors that led directly into the conference room, investigators said, and that's where Amanios happened to be sitting outside on his break. Amanios was shot and killed, and then the shooters entered the conference room, where bagels and pastries were still sitting on a buffet table and some employees had begun posing for staff pictures.

Baccari and Nwadike had just left for the bathroom on their break when they heard a blast followed by a series of gunshots. Baccari was reaching for a towel to dry his hands when a bullet ripped through the dispenser and sent shrapnel spraying across the room.

"Get down, get down, get down!" Baccari yelled, even though he had no idea what was happening. They dove for cover on the floor. Nwadike hid in a stall. Parts of the ceiling fell down on them, and they pushed the bathroom door closed with their legs. Nwadike thought he could smell gunpowder. Baccari thought he could hear muffled screaming coming in between the blasts in the conference room, about 20 feet down the hall. "It was like the world was ending in there," he said. "We had no idea what it was."

It was 65 to 75 rounds fired over the course of about a minute, coming from a Smith & Wesson and two AR-15s, investigators would later determine. One bullet hit the sprinkler system. Water rained down from the ceiling. Gunfire pockmarked the walls, tipped over tables and ripped through the podium. Dozens of people were shot, at least one as many as five times. The gunfire stopped, and then there were new sounds coming from the conference room.

"Oh my God. Oh my God. She's bleeding," said one woman, speaking into a cellphone as she sat next to Hanan Megalla and called Megalla's husband to say that his wife had been injured.

"A lot of people are dead. Somehow I'm alive," said Denise Peraza, 27, making a call to her sister from the conference room, where she had been shot in the back.

"Love you guys," wrote Julie Paez, sending a text message to her family from the floor of the room at 11:20 a.m., according to a report in the Los Angeles Times. She took a picture of her face as she lay on the floor and sent it to them. She had been hit in the arm and in the stomach. Her pelvis was shattered. "Was shot," she wrote. By mid-afternoon, police were bringing relatives of victims to the Rudy C. Hernandez Community Center.

Four minutes after the shooting had started, more people in tactical gear came rushing into the room with their guns drawn. "Police!" one said, and the officers moved through the conference room and then into the bathroom, where Baccari and Nwadike were still cowering.

"Don't take anything! Everyone get your hands up," Nwadike remembered an officer saying, and they hurried the survivors through a hallway and out of the building, past the conference room where their morning had begun. They gathered outside, waiting to be checked at a triage tent and then interviewed by investigators.

By noon, at least one of those co-workers had told investigators that he believed one of the shooters could be Farook.

"That didn't make sense to me," Baccari said.

"He was doing fine. No problem at all," Nwadike said.

"It's all so confusing and disorienting," Baccari said, because so much that was familiar had become unrecognizable, and behind him in the conference room the fire alarm was blaring, water was pouring down, and 35 of his colleagues were either wounded or dead.