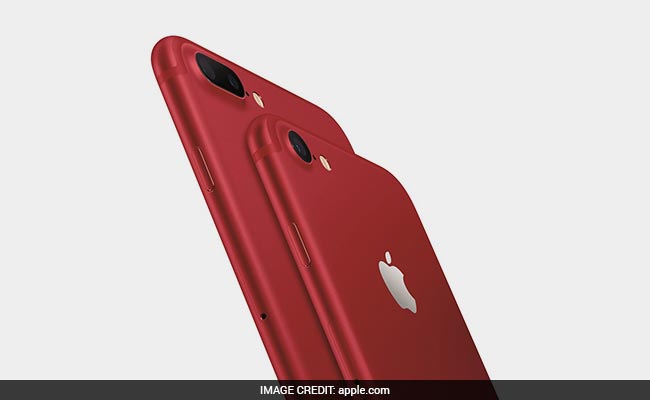 As for the new red iPhone, deciding whether to pay $749 for it is almost entirely a cosmetic decision.

Apple announced several new products Tuesday morning, including a cheaper version of the iPad and a new red shade for the iPhone. Consumers can place their orders for the new devices starting Friday.

If you've been thinking about treating yourself to something new and are intrigued by Apple's announcements, here are some things to consider before you buy.

The strongest selling point for the new 9.7-inch iPad is its price. The tablet now starts at $329, which is $70 less than its previous price. It has a retina display and comes in three colors: gold, silver and space gray.

The new iPad appears to be a replacement for the iPad Air 2, so it's best to think of it as a successor to that product - an in-between, easy-to-carry tablet for watching video and Web browsing. It is about 20 percent thicker than its predecessor but is still pretty trim at 1.03 pounds.

The lower price tag comes with a few tradeoffs, however. It doesn't have Apple's latest processor but packs the same one from the iPhone 6S and 6S Plus, meaning that it is a little slower than the latest iPhone. The new tablet also has no support for the Apple Pencil or Apple's Smart Keyboard - those appear to still be reserved for the iPad Pro line.

That will probably be fine for most people. If you're looking for a full laptop replacement, however, it's probably not your best option.

Apple also upped the storage space on the iPad mini to 128 GB, for $399, which could make the smaller tablet more appealing as a travel companion for watching video - if you don't mind the price. The smaller size makes it a little more plane-friendly than a full-size tablet.

As for the new red iPhone, deciding whether to pay $749 for it is almost entirely a cosmetic decision. The anodized red hue is a head-turner and benefits the AIDS awareness campaign Red. Apple has already put a similar color on its iPods, but this is the first time it has come to the iPhone.

If you're really digging the color or if you are an AIDS research supporter, those are the reasons to buy. There's no difference in the actual hardware, so you won't be upgrading anything apart from your style.

(This story has not been edited by NDTV staff and is auto-generated from a syndicated feed.)
Comments
RED iPhonered ipadnew red iPhoneApple MobilesApple Inc