The executive changes capped a chaotic week for Tesla in which Musk lost his chief accounting officer after less than a month on the job, then smoked marijuana during a late-night recording of a podcast. 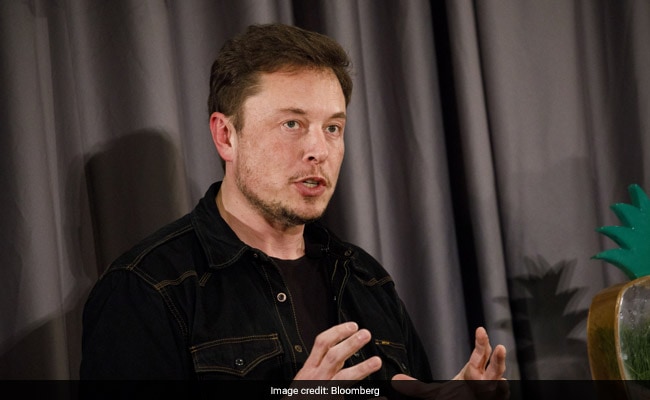 Elon Musk made a series of internal promotions to rebuild Tesla Inc.'s senior management team and downplayed media coverage of the electric-car maker, assuring employees that production and deliveries are surging.

The chief executive officer filled the voids left by departing heads of human resources and communications and elevated Jerome Guillen to president of automotive operations. While Musk stopped short of naming a chief operating officer -- investor and analyst calls for such a position have increased in light of the CEO's controversial behavior -- he's putting significant responsibility on the plate of a veteran manager who's helped the company pull off a potential production breakthrough with its all-important Model 3 sedan.

The executive changes capped a chaotic week for Tesla in which Musk lost his chief accounting officer after less than a month on the job, then smoked marijuana during a late-night recording of a podcast hosted by a California comedian. Musk attempted to minimize the commotion surrounding his company after Tesla shares sank to the lowest in five months and its bonds traded at record lows.

"For a while, there will be a lot of fuss and noise in the media. Just ignore them," Musk, 47, said in an email to employees that was republished as a blog post. "Results are what matter and we are creating the most mind-blowing growth in the history of the automotive industry."

Musk said Tesla is about to build and deliver more than twice as many cars as it did last quarter, without being specific about whether the company would accomplish this feat in the third or fourth quarter. During the three months that ended in June, Tesla produced 53,339 vehicles and delivered 40,740.

The only forecast Tesla had given previously for the third quarter was that it would produce 50,000 to 55,000 Model 3s.

Last month, Musk credited Guillen with manufacturing breakthroughs that dramatically improved output of the critical Model 3 sedan. He led the creation of an additional assembly line for the car that's housed under a tent in the parking lot of its lone auto assembly plant in Fremont, California.

"It turns out Jerome was pulling some pretty incredible rabbits out of the hat," Musk said last month on Tesla's quarterly earnings call, after the company hit its target to produce 5,000 of the cars in the last week of June. "That was amazing."

Guillen joined Tesla from Mercedes-Benz maker Daimler AG in 2010 and oversaw development of the Model S sedan. He took leave from the company in 2015 but rejoined to work on the Semi truck revealed in November of last year. More recently, Musk wrote, Guillen took on responsibility for all vehicle engineering and worldwide sales and service.

Among the other moves Musk announced, Kevin Kassekert, who had been vice president of infrastructure development after managing construction of Tesla's battery gigafactory, is becoming vice president of people and places, making him responsible for human resources, facilities, construction and infrastructure development. He'll take over for Gabrielle Toledano, who told Bloomberg News on Friday that she won't return from a leave of absence.

Musk also promoted Dave Arnold to senior director of global communications, taking over for Sarah O'Brien, a vice president whose last day was scheduled to be Friday.

Left unfilled is the position of accounting chief, following Tesla's announcement that Dave Morton had tendered his resignation from the role earlier this week. In a filing earlier Friday, the company said the functions and personnel Morton had been leading would be overseen by Chief Financial Officer Deepak Ahuja and its corporate controller.

The departure of Morton and Toledano, combined with Musk smoking marijuana in an interview with a comedian late Thursday, sent the company's shares down 6.3 percent to $263.24, their lowest close since April 2.

(Except for the headline, this story has not been edited by NDTV staff and is published from a syndicated feed.)
Comments
Elon MuskTeslaElon Musk Tesla