What Do We Know About Osama Bin Laden's Death? Quite a Lot, Actually. 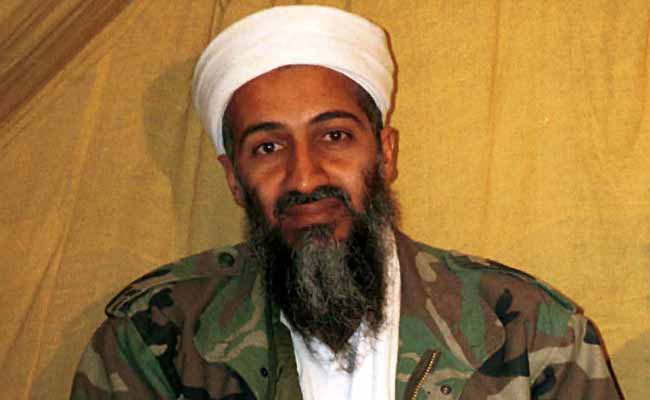 Washington: What do we really know about Osama bin Laden's death?

The way that question is explored in a provocative New York Times magazine article this week would leave you with the bleak impression that the facts surrounding the demise of the al-Qaeda leader are somehow still at large.

The piece, by media writer Jonathan Mahler, depicts the truth behind that operation as buried under an avalanche of government duplicity, mythmaking by the media and credulousness from a public unable to grasp the "sheer improbability" of the official version of events.

"It's not that the truth about bin Laden's death is unknowable; it's that we don't know it," Mahler concludes. "And we can't necessarily console ourselves with the hope that we will have more answers any time soon."

He's wrong. We know a great deal about bin Laden's death and the operation that led up to it. The major components of that chronology have been in place since shortly after the May 2011 raid, and the vast majority of details that have surfaced since in dozens of news reports, books and documentaries have only reinforced the accuracy of that account.

It is true that there are still questions about aspects of the hunt for bin Laden, and details about the raid remain in dispute, including which member of the SEAL team ascending the stairwell toward bin Laden's chamber fired the first and fatal shots.

But the reality is that there is remarkable agreement across antagonistic governments, credit-hungry security agencies and fiercely competitive news organizations on the most salient facts: that bin Laden was killed in a raid by U.S. Special Operations forces conducted without the cooperation or awareness of the Pakistani government after a decade-long CIA manhunt.

To cast this in doubt, Mahler engages in conspiracy-spinning sleight-of-hand.

He dwells on the conflicting details in reconstructions of the bin Laden raid by news organizations, magazines, books and movies - ignoring that despite these inevitable discrepancies almost all adhere to the same factual framework.

Mahler cites, for example, the Senate Intelligence Committee's rebuke of the way the film "Zero Dark Thirty" suggests that torture played a key role in helping the CIA find bin Laden. But he fails to explain how a six-year Senate probe could have failed to stumble across any of the other supposed problems with the bin Laden chronology that would require lies by public officials from President Obama on down.

Which leads to Mahler's second ploy: the way he builds his entire piece around the most aggressive skeptic of the official bin Laden story, Seymour Hersh.

The investigative reporter presented an elaborately drawn alternative history of the bin Laden operation in the London Review of Books earlier this year, an article that depicted the raid and everything leading up to it as a sham, a series of staged events perpetrated by Pakistan and the United States to obscure secret deals and agendas of SPECTRE-like dimensions.

The report was scrutinized by dozens of news organizations, none of which could substantiate its claims. Its sourcing deficiencies and problems of internal logic were dissected in detail by pieces such as this one by Vox.

Mahler gives other respected journalists their say (in brief and dismissive fashion). But Hersh is portrayed as a solitary and courageous protagonist in the search for truth about bin Laden, and he gets the best lines.

After "Black Hawk Down" author Mark Bowden publishes a book describing the bin Laden raid in authoritative detail, he gets a call from Hersh saying he is dead wrong. Hersh then offers a maddeningly condescending expression of sympathy: "Nobody likes to get played."

Mahler presents Hersh's version as one of several competing theories, on equal footing with accounts by Bowden and Nicholas Schmidle, as well as the national security teams at The New York Times and The Washington Post.

But the Hersh version isn't just one of multiple, equally weighted markers waiting to be sorted out by history. It's a radical and unsubstantiated outlier, fundamentally at odds with every other credible reconstruction of the bin Laden pursuit.

The piece follows Hersh down problematic reporting paths, including his claim that President Obama never intended to acknowledge the Abbottabad mission, and instead planned to reveal bin Laden's death weeks or months later, attributing it to a drone strike.

Supposedly this ruse unraveled when one of the helicopters being used in the mission crashed, making it "impossible to keep the operation under wraps." In other words, hiding a helicopter raid in the midst of a Pakistani city was manageable, but covering up a downed chopper was beyond the capacity of two conspiring governments.

"Hersh's version doesn't require us to believe in the possibility of a government-wide conspiracy," Mahler asserts. But, as Bowden noted in an eviscerating response in Vanity Fair, that's exactly what it does.

Mahler adds to an expanding catalog of irresponsible revisionism, which includes recent movies about Dan Rather and San Jose Mercury News journalist Gary Webb that attempt to rehabilitate their most discredited journalistic work.

It is also the second time that The New York Times magazine has published a lengthy piece on the bin Laden story that essentially casts doubt on the extensive work of the newspaper's own highly respected national security team.

Last year, the magazine published an excerpt from a book by Times foreign correspondent Carlotta Gall that makes an elaborate case for Pakistani complicity.

If the paper's editors truly believe that their news accounts of the bin Laden mission might contain such flaws, it's odd that those doubts haven't been brought to readers' attention on the front page.

As Hersh said, nobody likes to be played.