"We Are Ready To Deliver Oil": Iranian Ambassador To India

In an exclusive interview with ANI, envoy Elahi said, "We always express our readiness to increase our economic ties with India. It is up to India, we are ready to deliver oil." 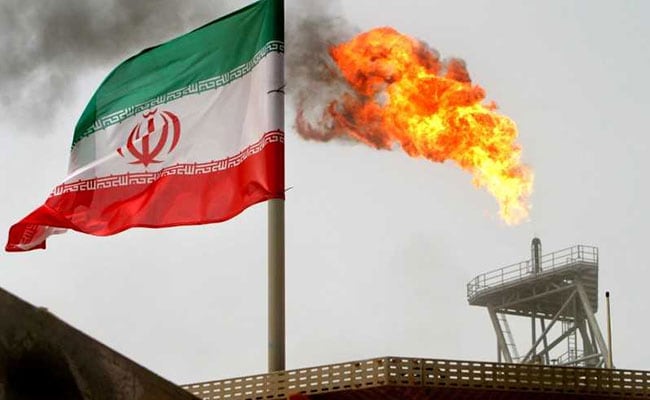 Iranian Envoy Dr said despite US sanctions Tehran is ready to supply oil to India. (Representational)

Iranian Envoy Dr Iraj Elahi on Friday said despite US sanctions Tehran is ready to supply oil to India as both countries have close ties.

In an exclusive interview with ANI, envoy Elahi said, "We always express our readiness to increase our economic ties with India. It is up to India, we are ready to deliver oil."

The United States recently announced sanctions for an international network of companies involved in selling Iranian petrochemicals and petroleum products, including an India-based petrochemical company. The Iranian envoy reacted sharply saying the US sanctions on oil are illegal.

"Sanctions are an obstacle. India and Iran should find a way to solve this problem according to their national interests and not according to illegal US sanctions. We want to sell oil to India and buy what we need from India," the Iranian Ambassador told ANI.

The Embassy of Iran organised a condolence prayer ceremony to pay tribute to the victims of the ISIS terror attack in Shah Cheragh in Iran at the India Islamic Culture Centre, New Delhi under the theme of "The World United Against Terrorism."

"Iranian govt has close relations and close cooperation with India against terrorist groups and we hope we enforce that cooperation," Dr Iraj Elahi said.

The US continues to reiterate that Iran is accelerating its nuclear program in violation of the Joint Comprehensive Plan of Action (JCPOA, aka Iran nuclear deal). US government had said it will continue to accelerate its enforcement of sanctions on Iran's petroleum and petrochemical sales.

"These enforcement actions will continue on a regular basis, with an aim to severely restrict Iran's oil and petrochemical exports. Anyone involved in facilitating these illegal sales and transactions should cease and desist immediately if they wish to avoid U.S. sanctions," the US treasury department had said.

The US government continues to remain concerned about a wide range of Iranian policies, from their nuclear program to "abuses" perpetrated against their own people, to supporting "Russia's war of aggression against Ukraine" with drones and military training, and destabilizing activities across the region.