"I just kind of saw it in the corner of my eye and I heard a gunshot and I focused on him and I saw that he was holding a handgun and he continued to shoot at the girl at the front desk," said a survivor. 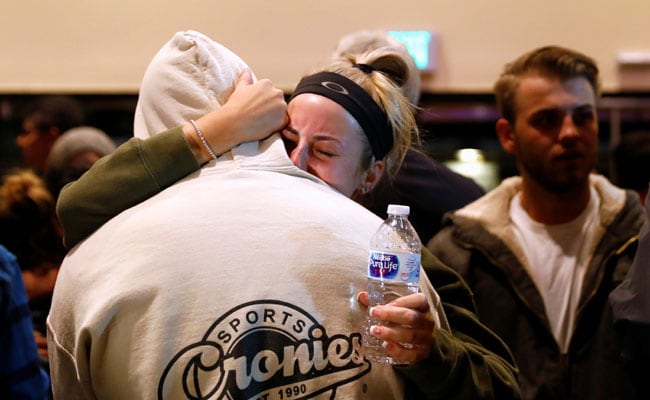 On Thursday, 12 people including a cop were shot dead in a shooting at a night club close to Los Angeles.

University freshman Cole Knapp was talking with friends inside the Borderline Bar and Grill in the Los Angeles suburb of Thousand Oaks when he saw a man dressed in black reach towards the counter by the door as if he was paying his cover charge.

"I just kind of saw it in the corner of my eye and I heard a gunshot and I focused on him and I saw that he was holding a handgun and he continued to shoot at the girl at the front desk," Knapp, 19, told Reuters TV.

It was sometime after 11 p.m. PST on Wednesday night when Ian David Long, a 28-year-old former U.S. Marine, walked into the Western-themed bar on "College Country Night" and fired off round after round seemingly at random from his .45 caliber Glock handgun equipped with a high-capacity magazine.

Knapp, a student at nearby Moorpark College, ducked behind a pool table with a few other people, he said, even as some patrons kept line dancing, apparently unaware of the gunfire around them.

He bolted toward an exit onto a smoking patio, filled with more people who hadn't heard the gunshots over the loud music "and I told them get over that fence and just run."

A SWAT team from the Ventura County Sherrif's Department, arrived within minutes, along with the FBI and other officers to find the bar strewn with bodies, survivors huddling in terror, and others desperately trying to get out.

Alexis Tait, 23, said she heard what sounded like firecrackers going off until she saw her friend Kristina Kaylee Morisette fall to the floor - one of a dozen people the gunman killed.

Tait, who says she's a regular at the bar, then saw people huddled by a mirror and window and fled there.

"We were all bodies on top of each other and as soon as we saw him (the shooter) walk ... into the other part of the bar, everyone bolted as fast as they could to get out," Tait said.

"We all just trampled and tried to get out," Tait said. "All we could think about was like we need to get out."