Watsons Malaysia, a retailer, has apologised for posting a video that caused an outburst on social media. 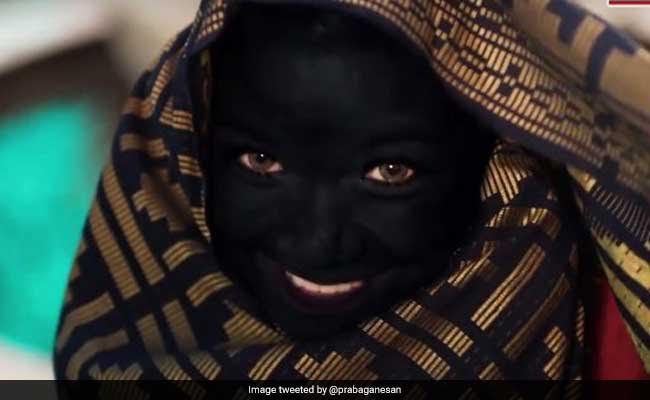 The 'Blackface' video has come under fire, being branded racist and sexist.

Kuala Lumpur: A viral video featuring a woman wearing "blackface" that caused an outcry on social media has been pulled by a popular retailer in Malaysia, with the firm apologising Thursday for causing offence.

The 15-minute film on Watsons Malaysia's Facebook page shows a nobleman holding an audition to track down a woman with an enchanting voice who has been in his dreams.

A woman appears at the audition, singing beautifully but with her face covered.

He recoils in disgust when she exposes her jet black face. "Oh my gosh! She is actually dark?" he exclaims.

She later re-emerges with fair skin, explaining she was wearing black make-up to test his sincerity.

The promotional video was to celebrate the upcoming Muslim religious festival Eid-Ul-Fitr, but it provoked an online backlash with many saying it was racist and sexist.

"Being dark skinned is not a badge of shame. Being stupid is," said one Twitter user.

Another said: "I am so shocked that Watsons crossed the line with blackface. This video is so racist, I am ashamed of buying face mask at Watsons."

The video, featuring local celebrities, was taken down by the company on Wednesday.

"Watsons Malaysia takes responsibility for the video and its content and is truly sorry that some elements have offended the general public," the company said Thursday.

"It was our intention to convey concepts of inner and outer beauty, unfortunately the video instead offended many. "

The company said the video was based on an old Malay legend.

Watsons is a household name in Asia with over 4,000 personal care stores and 1,000 pharmacies in countries including China, Korea and the Ukraine.

Last year, a Malaysian TV show had to apologise over a comedy skit featuring an actor in "blackface" pretending to be US R&B star Usher.
Comments
BlackfaceWatsons Malaysiasocial media outrage