Chilean journalist Nicolas Krumm was reporting on a robbery when the parrot surprised him. 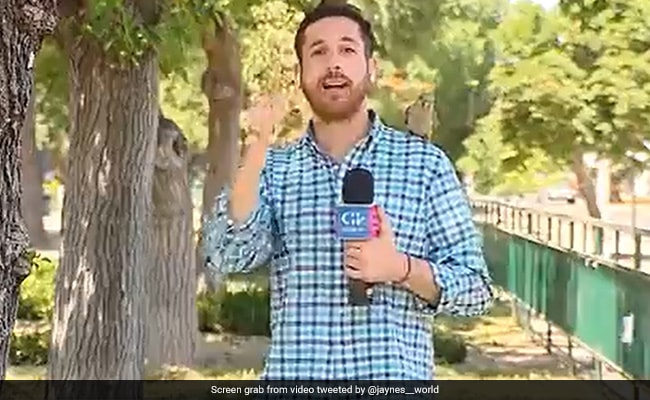 A parrot steals a journalist's earphones live on air.

In a hilarious moment caught on camera, a parrot stole the earphone of a Chilean reporter while he was talking about theft in one of the regions of the country.

A parrot perched on journalist Nicolas Krumm's shoulder and surprised him by taking away his earpiece as he was live on the air for the Chilevision channel discussing the spike in local robberies. To get the earpiece back, the crew tried to catch the bird, but it took off.

The parrot later dropped the earpod, which was eventually found, according to local media sources.

The humorous incident was caught on camera, and it shows that Nicolas Krumm was reporting live about thefts and security in Santiago de Chile when fate intended for him to get a surprise visitor.

In the video, it can be seen that the journalist started signalling the cameraman when the parrot was perched on his shoulder. With astonishing quickness, the bird suddenly moved two steps to his right and took away the ear pod.

It might have been one of the oddest things to ever occur live on television, and many are gushing about the video on the internet. Despite the fact that the video is in Spanish, it is being widely shared on all major social media networks worldwide.