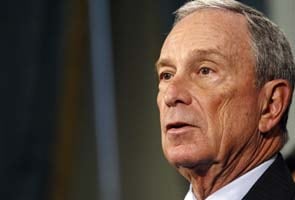 As many as 143,000 New York City voters will have to find new places to vote other than their regular polling locations on Tuesday, Mayor Michael Bloomberg said on Sunday, declaring that local elections officials are having "real problems" coping with disruptions caused by superstorm Sandy.

The New York Board of Elections has been scrambling to find alternate sites for balloting with only two days remaining before the presidential election. The board plans to set up a series of voting "supersites" to accommodate voters from precincts hardest hit by the destruction caused by Sandy, which swept through the area on Monday night.

"They have real problems and we've got to make sure that everybody can vote," Mr Bloomberg said. "Over the next day, it's going to be critical that the Board of Elections communicate this to their poll workers."

The mayor lambasted the board for what he called a poor history of communicating to its workers and its own members.

The fact that the board has been unable to appoint a new executive director for the last two years is one sign of "just how dysfunctional it is," Bloomberg said.

A spokesperson for the board did not return calls seeking comment.

The board advised residents early on Sunday that it would relocate and combine 60 poll sites, including 28 site changes in Queens and 24 in Brooklyn, areas hit hard by the storm.

New York City is not the only jurisdiction struggling with Election Day preparations in Sandy's wake.

In Nassau County, Board of Elections Commissioner William Biamonte said there had been great improvements since after the storm, when half of the county's 375 polling places did not have power. As of Saturday, only 50 poll sites were still without electricity and 50 more would be powered by temporary generators. In the state's barrier islands, the board had created four poll supersites.

In both New Jersey and New York, government officials expressed concern that voters displaced from their homes would not be able to return to their local poll sites to vote in Tuesday's election.