Vote On Ending US Shutdown Likely Thursday, Trump On Fence

US Shutdown: The US president criticized the spending deal reached on Monday between Republican and Democratic negotiators, in part as it only provides for about a quarter of the $5.7 billion in funding US-Mexico border wall 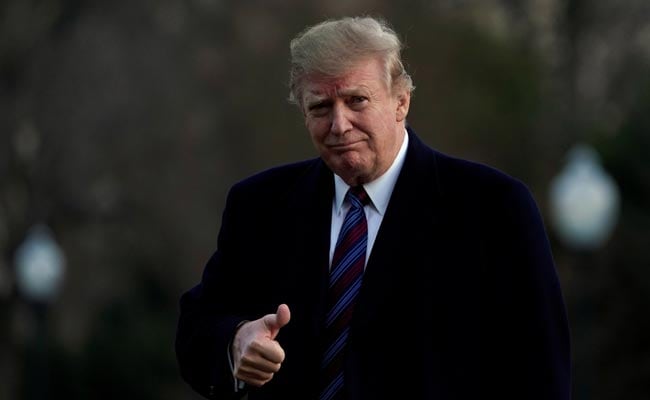 US Shutdown: Donald Trump suggested he could stomach the deal in order to avoid a shutdown.

A plan to avert another US government shutdown will not receive a vote in Congress before Thursday evening, one day before the deadline, lawmakers said, as Donald Trump declined to say whether he would sign the measure.

The US president criticized the spending deal reached Monday between Republican and Democratic negotiators, in part because it only provides for about a quarter of the $5.7 billion in funding he wants for a wall on the US-Mexico border.

On Wednesday, Trump said he has not seen the legislation yet, but he did not refuse to sign it into law either, suggesting he could stomach the deal in order to avoid a shutdown, and find another way to boost funding for his long-promised wall.

"We'll take a very serious look at it" when the bill arrives, Trump told reporters at the White House.

"I don't want to see a shutdown. A shutdown would be a terrible thing."

His comments, while imprecise, gave lawmakers optimism the measure can be approved by Congress and signed by the president before the midnight Friday deadline.

Should that fail, funding will lapse for one quarter of federal operations -- as it did for five weeks until mid-January, the longest shutdown in US history.

Democratic and Republican leaders in Congress appear determined to avoid a similar fate.

Democrats control the House of Representatives, and Majority Leader Steny Hoyer said Wednesday he hoped the text of the measure could be presented to lawmakers later that day.

"We hope that we can file the papers tonight, we hope that we will pass it tomorrow," Hoyer said, adding that the vote would not take place before 6:30 pm (2330 GMT).

Should it pass, the bill would then be taken up by the Senate, which is controlled by Republicans and whose leader Mitch McConnell expressed confidence that the measure would clear his chamber.

"It appears to be that we're moving ahead and that the president will sign this bill," Hoyer said.

Trump complained that Democrats were being "stingy" by agreeing to only a fraction of the funds he had demanded. But he said the administration has access to "a lot of money" being repurposed from existing federal funds to cover unmet construction costs.