Vladimir Putin, who was seen as supporting far-right candidate Marine Le Pen, congratulated Emmanuel Macron on his election win and asked for improved relations and called for unity in fighting the global threat of terrorism. 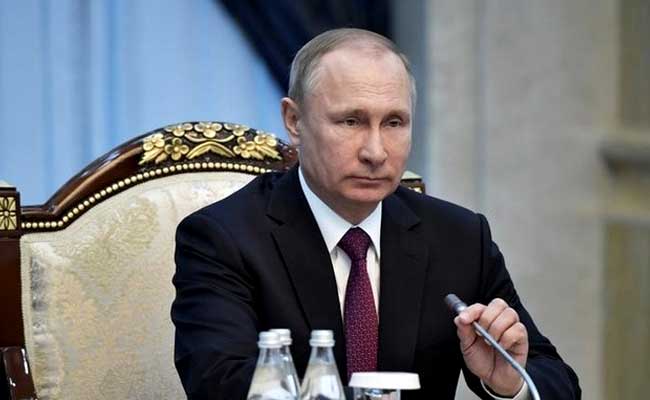 Moscow: Russian President Vladimir Putin on Monday urged French election winner Emmanuel Macron to bridge deep rifts and work together in the face of the "growing threat of terrorism and violent extremism".

"The citizens of France entrusted you to lead the country in a difficult period for Europe and for the entire world community. The growing threat of terrorism and violent extremism is accompanied by an escalation of local conflicts and the destabilisation of entire regions," Putin said in a congratulatory telegram released by the Kremlin.

"In these conditions it is especially important to overcome mutual distrust and join forces to ensure international stability and security," it said.

The Kremlin statement said Putin "confirmed his readiness for constructive joint work on current bilateral, regional and global issues, expressing certainty that this would be in the fundamental interests of the Russian and French people."

"Putin also wished Macron strong health, prosperity and success in such a responsible position at the head of state," it said.

The Kremlin was widely seen as backing Macron's  far-right opponent Marine Le Pen, with Putin hosting her during a surprise visit to Moscow in the run-up to the vote.

Adding to the tensions, alleged cyberattacks on Macron's campaign were linked to Moscow and his supporters accused Russian state media of trying to smear the candidate.

Ties between Russia and France are currently strained as Paris has helped spearhead the West's punitive response to Moscow over the crisis in Ukraine.

The EU has imposed tough economic sanctions on Russia over its 2014 seizure of the Crimea peninsula from Ukraine and backing for eastern insurgents in a three-year conflict that has killed some 10,000 people.

France and Germany have led mediation efforts to end the conflict but a 2015 peace plan they brokered has hit a brick wall.

Promoted
Listen to the latest songs, only on JioSaavn.com
Russia and France are also at odds over the war in Syria where Moscow is flying a bombing campaign in support of leader Bashar al-Assad, who Paris insists must leave power.