Excerpts released Thursday from "The Putin Interviews" show the strongman president Vladimir Putin chatting from behind the wheel of a car, in the Kremlin and a country estate as the maverick three-time Oscar winner Stone listens. 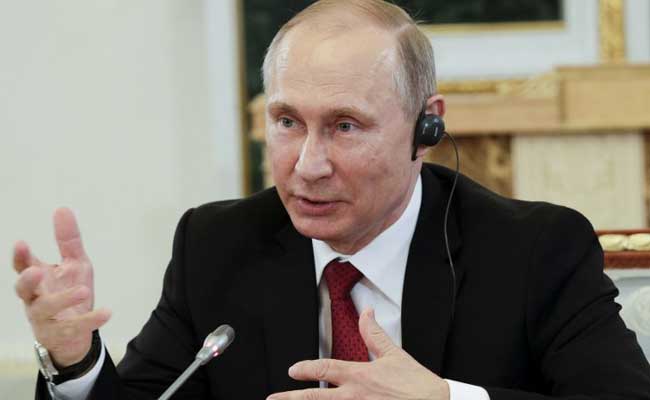 Excerpts released Thursday from "The Putin Interviews" show the strongman president chatting from behind the wheel of a car, in the Kremlin and a country estate as the maverick three-time Oscar winner Stone listens.

Stone is best known for Hollywood blockbusters inspired by American history such as "JFK" and "Born on the Fourth of July," but has previously made films about the late Cuban leader Fidel Castro and Venezuelan firebrand Hugo Chavez, who died in 2013.

He asks Putin whether, as a former KGB agent, he despises Snowden -- who was given refuge in Russia after he initiated one of the largest data leaks in US history.

Gesticulating at the wheel of a Mercedes with an interpreter sitting behind, Putin stresses Snowden is "not a traitor" and "did not give any information to another country that would have caused harm to his people."

Nevertheless, asked if he agreed with what Snowden did, Putin says "no."

"In my opinion, no, it's wrong," he says, adding that in his place he would simply have resigned.

"If he didn't like something about the work he was invited to do, he should just have resigned, that's all."

He says he had not seen a parallel before but that he left the KGB in 1991 because he did not agree with the government's actions and the "attempted coup d'etat" against Mikhail Gorbachev and "did not want stay in the ranks for the intelligence services at that time."

Stone's feature film based on Snowden's story was released last year. "The Putin Interviews" is set to air on the Showtime channel from June 12.

In further footage shown on CBS news, Putin looks unblinkingly as Stone says he has heard of five assassination attempts on him.

Putin says his security service takes care of his safety and "up to now they haven't done badly," adding: "I trust them."

The Russian leader adds: "You know what our people say: he who is fated to be hanged won't drown," to a chuckle from Stone.

Putin is shown driving along an ordinary public road as ads and signs are visible.

The interviews were filmed over two years but include relatively recent material, with Stone asking Putin whether "(Donald) Trump is in the Kremlin's pocket." However, the film excerpts don't show the Russian leader's response.

There appears to be a rapport between the men, with Putin saying smilingly: "I think you are a very cunning person," to which Stone laughs and asks "Why?"

(Except for the headline, this story has not been edited by NDTV staff and is published from a syndicated feed.)
Comments
Russian President Vladimir PutinEdward SnowdenOliver Stone