Officials said she masked the scent of the decomposing body with more than 60 air fresheners. 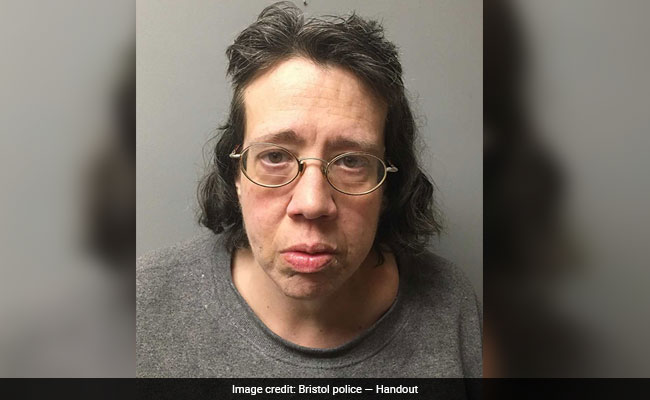 Jo-Whitney Outland was arrested Tuesday and charged with concealment of a body, a felony.

A Virginia woman was charged with concealing a dead body after hiding her mother's corpse in their home for 44 days, authorities said Friday.

Jo-Whitney Outland, 55, of Bristol, Virginia, hid the corpse of Rosemary Outland, her 78-year-old mother, under 54 blankets in their southwest Virginia home, said Sgt. Steve Crawford of the Bristol police.

Crawford said a letter written by Jo-Whitney Outland that was found in the home indicated her mother died Dec. 29 and that she covered the body with blankets after failing to revive her with CPR. Outland then padlocked a door and refused to let relatives into the home, masking the scent of the decomposing body with 66 air fresheners as she slept next to the body, Crawford said.

Outland did not have an attorney Friday, according to court records. No one answered the phone at a number listed for her in public records.

"I've handled a lot of deceased people but nothing of this magnitude," Crawford said. "It's bizarre."

Crawford said the body was found after Rosemary Outland's nephew climbed through a window. Authorities said there is no indication of foul play in her death.

The Bristol Herald Courier reported the body had signs of decomposition, mummification and decay. According to the newspaper, Jo-Whitney Outland seemed to be staying at the home after her mother's death, although authorities found her at a relative's house.

Outland told police the reason she did not call anyone when her mother died was that she feared being arrested, Crawford said. Adult protective services had contact with the Outlands in the past, he said, although no charges were ever filed.

Outland was arrested Tuesday and charged with concealment of a body, a felony. She was released and is scheduled to return to court on Feb. 28.

(Except for the headline, this story has not been edited by NDTV staff and is published from a syndicated feed.)
Comments
Woman Arrested In USJo-Whitney Outland