Virgin Galactic said Monday it "expects to advance to the next phase of its test flight program" in the fall with two manned flights. 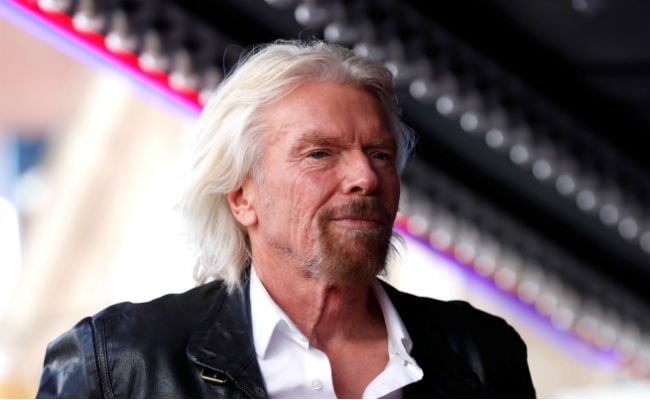 Richard Branson has set a series of aviation and nautical adventure records.

Richard Branson could shoot into space on his Virgin Galactic aircraft as its first passenger early next year, the company said, potentially blazing a path for commercial flights.

The company has repeatedly pushed back the date it will take the first tourists outside earth's atmosphere and said 600 people have forked out $250,000 to reserve a seat.

Virgin Galactic said Monday it "expects to advance to the next phase of its test flight program" in the fall with two manned flights.

"Assuming both flights demonstrate the expected results, Virgin Galactic anticipates Sir Richard Branson's flight to occur in the first quarter of 2021," the company said in a statement.

The groundbreaking flight by Branson -- Virgin Galactic's founder -- would pave the way for commercial voyages to begin.

The programme has been hit by serious snags, however, with a devastating crash in 2014 caused by pilot error delaying the development of passenger aircraft SpaceShipTwo.

Getting tourists into space is not a simple exercise.

The spacecraft will be taken up by a special plane and released at high altitude. Seconds later, the spaceship -- part plane, part rocket -- will ignite its engine and blast upward with an acceleration of 3.5 g, meaning three and a half times that of Earth's gravitational force.

It will then cut off the engine, which will create a feeling of weightlessness for a few minutes as the spacecraft reaches its highest point, about 80 kilometers (50 miles) above the planet, and then begin its descent.

It will glide to land at Spaceport America, built in the New Mexico desert.

Branson has set a series of aviation and nautical adventure records, although he failed, despite numerous attempts, to become the first person to circumnavigate the globe non-stop in a balloon.

These exploits brought Branson close to tragedy in 1998 when he and his co-pilot had to ditch their balloon in the Pacific Ocean after low pressure forced the craft down.