Faced with tariff threats from US President Donald Trump, Mexico agreed in June to increase the number of ports of entry under the MPP. 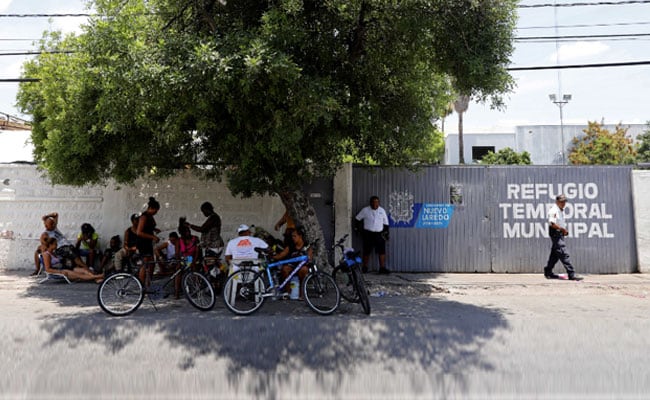 The migrants crossed into the northeastern Mexican state of Tamaulipas via Nuevo Laredo's border bridge.

Nuevo Laredo, a Mexican border city known for high rates of violence, received its first foreign migrants from the United States on Tuesday as part of a program begun in January, US and Mexican officials said.

The group of 10 people - including Central Americans, Venezuelans and Cubans - crossed into the northeastern Mexican state of Tamaulipas via Nuevo Laredo's border bridge, a source from the National Institute of Migration told Reuters.

They will wait in Tamaulipas while their claims to enter the United States are assessed.

The move is part of a US plan, in coordination with Mexico, to expand the Migrant Protection Protocol (MPP) program, which started in the Laredo sector of the US Southwest, US Department of Homeland Security officials said.

However, shelter director Julio Lopez, who received one of the returning migrants, told Reuters that Tamaulipas has "no action plan to attend to these people as promised."

Faced with tariff threats from US President Donald Trump, Mexico agreed in June to increase the number of ports of entry under the MPP program.

The program, also known as 'Remain in Mexico', returns foreign asylum seekers to Mexican border localities while their claims are processed in the United States. It has included 18,503 migrants since it was launched early this year.

The MPP program is part of an effort by Trump to curb the number of migrants entering the United States illegally, especially those from El Salvador, Guatemala and Honduras.

US border officials announced on Tuesday that migrant apprehensions along the southwest border dropped from 144,278 in May to 104,344 in June, representing a May-to-June decline that is 11% larger than last year. Mexico's foreign ministry cited similar data earlier in July, crediting its own efforts to stem migration to the United States.

Tamaulipas pushed back last week against taking part in the MPP in signs of tension over the plan. It is one of Mexico's most lawless territories but also has the busiest crossings for undocumented immigrants, thanks in part to its geographical location and lack of border barriers.

"Opening this border puts migrants at great risk, due to its history of kidnappings and massacres by criminal gangs," said Oscar Hernandez, a migration researcher at the College of the Northern Border.

Until Monday, Mexico received MPP migrants in three border cities in Baja California and Chihuahua. Many migrants have waited months to hear updates on their claims.