6 Dead, Around 200 Injured In Hardliners' Protest in Pak, Army Called In

Security forces fired tear gas and rubber bullets and demonstrators blocked roads and burned police vehicles around the site of the sit-in. As the violence intensified, protests sprouted in the major cities of Lahore and Karachi, as well as smaller towns across the country. 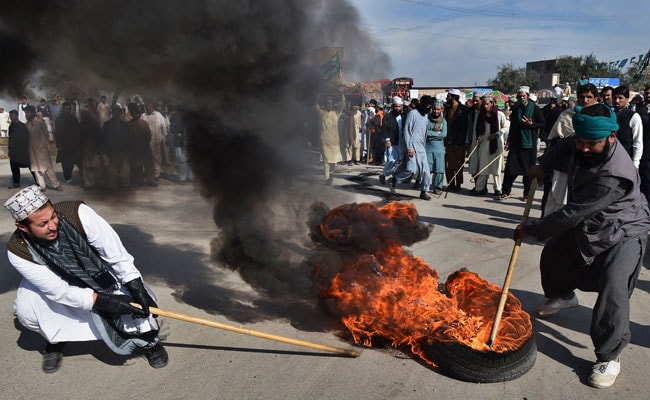 Islamabad: Pakistan's government called on the powerful military to deploy in the capital Islamabad Saturday after deadly unrest broke out when police moved to dislodge a protest that has paralysed the city for weeks.

At least six people were killed and around 200 injured -- around 137 of whom were security personnel -- in fierce clashes as police tried to disperse the demonstration earlier on Saturday.

Security forces fired tear gas and rubber bullets and demonstrators blocked roads and burned police vehicles around the site of the sit-in. As the violence intensified, protests sprouted in the major cities of Lahore and Karachi, as well as smaller towns across the country.

"According to figures we have, at least six people were killed in violence," Deeba Shahnaz, a spokeswoman for the Provincial Rescue department, told AFP. A security official also confirmed the death toll.

Authorities had been attempting to clear a relatively small protest by the little-known hardline group Tehreek-i-Labaik Ya Rasool Allah Pakistan (TLYRAP) that has blocked a main highway into Islamabad since November 6, causing hours-long traffic snarls and enraging citizens.

It was not clear how many protesters remained in the streets of the capital late on Saturday. 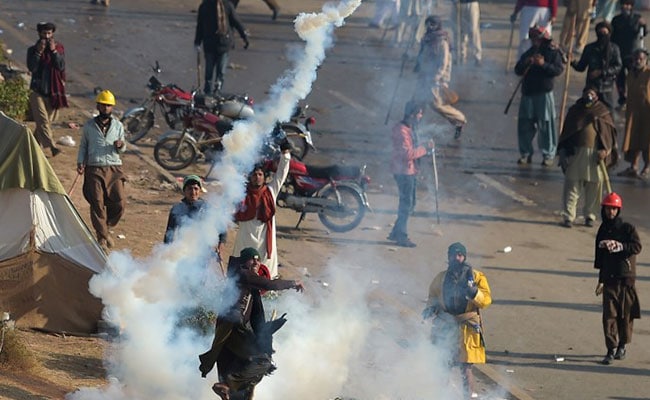 There had been roughly 2,000 as the operation began, but AFP reporters said dozens more were arriving throughout the day. Many were galvanised by posts on social media, despite apparent efforts to block sites including Twitter.

Police and paramilitary forces retreated following the clashes, with the Islamabad Capital Territory authorities making the request for the army to step in soon after.

An interior ministry order said the federal government had authorised the deployment of "sufficient troops" to "control law and order" in the city until further notice.

There was no immediate comment from military officials and no sign of troops in the streets late on Saturday.

The demonstrations have threatened the beleaguered Pakistan Muslim League (PML-N) government ahead of a general election due to be held next year.

The PML-N is already reeling from a Supreme Court decision to oust former prime minister Nawaz Sharif over graft allegations in the summer, while finance minister Ishaq Dar -- also embroiled in a corruption scandal -- has taken indefinite medical leave.

Sharif had repeatedly clashed with the military, which has ruled Pakistan for half of its 70-year history.

Analysts and critics accused the government of bungling its response to the protests, with authorities hesitating for days over fears of violence as the city's commuters seethed in the traffic choked streets. 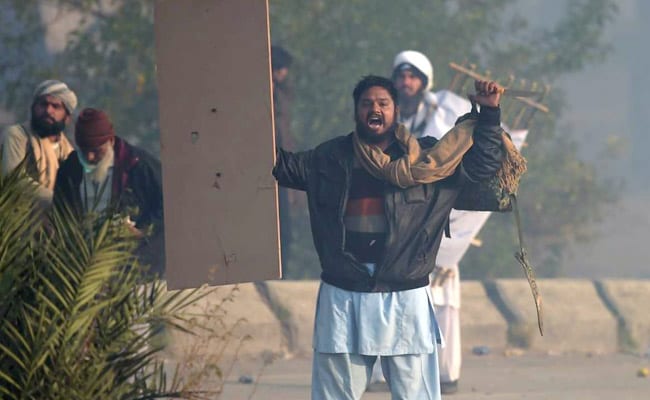 Twitter said it was "monitoring" reports of the government blocking the site, adding "We... hope service will be fully restored soon".

The TLYRAP are demanding that Pakistan's law minister Zahid Hamid resign over a hastily-abandoned amendment to the oath that election candidates must swear.

Demonstrators have linked it to blasphemy -- a highly contentious issue in Pakistan -- and claim the oath was softened to enable the participation of Ahmadis, a long-persecuted Islamic minority sect.

Earlier, police in Karachi said some 200 protesters had blockaded a major road in the southern port, with at least 27 injured -- including 22 people with gunshot wounds -- brought to hospital, according to doctors.

Markets and shops were shuttered in the megacity, Pakistan's commercial hub, as alarmed residents stayed inside, while hardline clerics urged more people to take to the streets.

An AFP journalist in Lahore, the capital of Punjab province, said a main artery road was closed by police due to protests. Smaller rallies were reported in other towns across the country.

General Qamar Javed Bajwa called for both sides to avoid violence "as it is not in national interest", army spokesman Major General Asif Ghafoor said on Twitter.

The protesters come from the Barelvi sect of Islam that has strong ties to Sufism, a mystical branch of the religion that is seen as moderate.

However the execution in 2016 of Barelvi follower Mumtaz Qadri -- who assassinated liberal Punjab governor Salman Taseer over his stance on the country's blasphemy laws -- led members of the group to take a more hardline stance against any moves to reform the legislation. 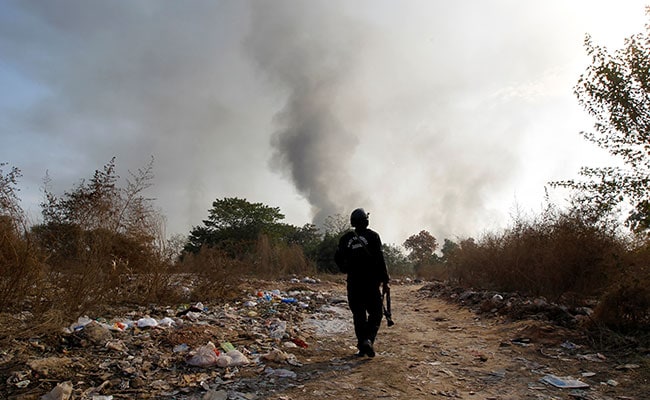 A policeman walks towards demonstrators near Faizabad junction in Islamabad (Reuters)

"These people already had a grudge against the government and the government just provided them the opportunity to vent out their anger," said political analyst Hasan Askari.

But weeks of inaction from authorities sparked the wrath of Pakistan's judiciary, with the Supreme Court issuing a blistering statement earlier in the week and the Islamabad High Court threatening to hold government officials in contempt. 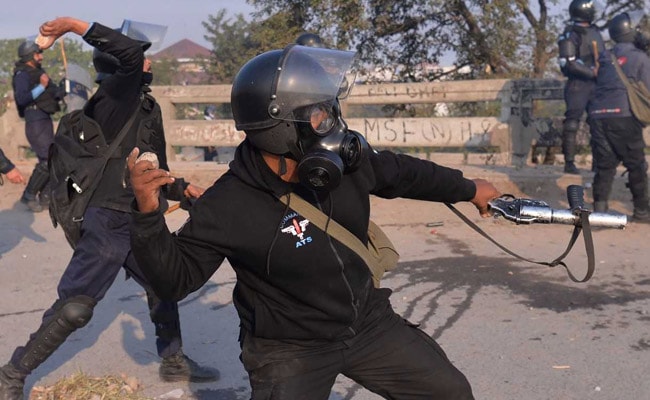 Analysts said the government had allowed a minor issue to grow into a headline-grabbing and potentially dangerous situation.

Promoted
Listen to the latest songs, only on JioSaavn.com
Even before Saturday's clashes the sit-in had cost the life of an eight-year-old child whose ambulance could not reach a hospital in time due to the blocked roads.

"Politically driven procrastination has its own costs and this is what the government is paying," analyst Imtiaz Gul told AFP, adding that the situation was "explosive".