Black Hawk choppers are built by Sikorsky, a Lockheed Martin company. They are being used by US military and the armed forces of 28 other countries. 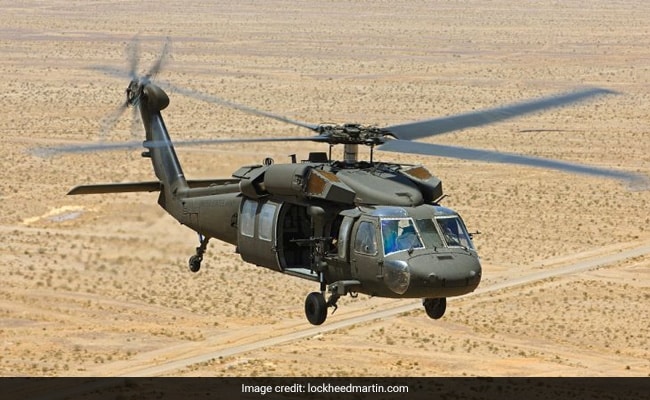 Black Hawk is a medium lift helicopter used by the US Army, according to its manufacturer.

Two Black Hawk helicopters crashed in Utah during a training exercise, the Utah National Guard said on Twitter. The crash happened near the Snowbird ski resort on Tuesday, the tweet further said. No crew members or the skiers were injured, it added.

Breaking: We can confirm that two Utah National Guard UH-60 Blackhawk helicopters were involved in a training accident at approx. 9:30 a.m. near Mineral Basin. No crew members were injured in the accident. Both UH-60s were damaged. The incident is under investigation.

A video of the incident showed the two UH-60 Black Hawk helicopters flying near the popular ski resort in Little Cottonwood Canyon, about 30 miles southeast of Salt Lake City.

The video has been shot from some distance and shows snow covering the two choppers as they attempt to land. As soon as the first chopper lands, the second one is seen crashing down on the snow.

Jared Jones, chief warrant officer 5 with the Utah National Guard, said at a press conference that the helicopters were attempting to land during routine survivability and mobility mountain training.

“As they landed, the snow kicked up and the aircraft probably lost sight of the ground," said Jones.

He added that portions of the blade of the lead helicopter separated and struck the second helicopter while landing.

An investigation into the incident has been launched, the spokesman said, adding, “It was a blessing that everyone was okay and no fuel leaked.”

The chopper has been built by Sikorsky, a Lockheed Martin company. According to its website, Black Hawk serves with the US military and the armed forces of 28 other countries.

The helicopters are used to provide fire suppression when supporting ground troops, as well as armed escort. Lockheed Martin said that these choppers can fly higher and carry more than its predecessors.

More than 4,000 Black Hawk aircraft of all types are in service worldwide today, said the company, adding that the US Army is the largest operator with 2,135 H-60 designated aircraft. The same aircraft sold internationally direct from Sikorsky acquires the S-70 designation.