Two graduates, Saskia Jones and Jack Merritt were involved with Learning Together, a prison-based education program at Cambridge. 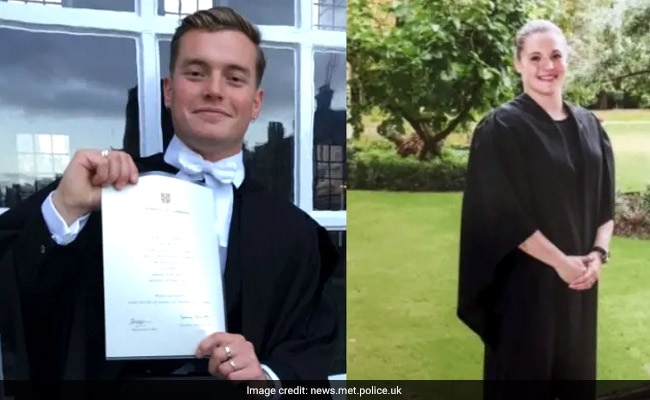 Jack Merritt was a coordinator and Saskia Jones a volunteer, the university officials said

Family members and the University of Cambridge community are mourning the victims of Friday's fatal stabbing at London Bridge, both recent graduates who dedicated their young lives to justice, education and prison reform.

Both were involved with Learning Together, a prison-based education program at Cambridge; Merritt was a coordinator and Jones a volunteer, university officials said.

Jones's family described her as "a funny, kind, positive influence" whose death leaves "a huge void."

She "had a wonderful sense of mischievous fun and was generous to the point of always wanting to see the best in all people," the family said in a statement provided to police.

"She was intent on living life to the full and had a wonderful thirst for knowledge, enabling her to be the best she could be," the family said.

Jones's family also highlighted her dedication to criminal justice. That passion, they said, had prompted her to recently apply to a police graduate recruitment program for which she hoped to specialize in victim support.

"This is an extremely painful time for the family. Saskia will leave a huge void in our lives and we would request that our privacy is fully respected," the Jones family wrote.

Merritt, the program coordinator at Cambridge's Learning Together, was remembered by his family as a "beautiful, talented boy" who "always took the side of the underdog."

"Jack lived his principles; he believed in redemption and rehabilitation, not revenge," the family wrote.

Merritt's family urged the public not to use his death as a justification for the kinds of punitive sentencing he fought against.

"Jack was an intelligent, thoughtful and empathetic person who was looking forward to building a future with his girlfriend, Leanne, and making a career helping people in the criminal justice system," the family said. "We know Jack would not want this terrible, isolated incident to be used as a pretext by the government for introducing even more draconian sentences on prisoners, or for detaining people in prison for longer than necessary."

Usman Khan, the 28-year-old assailant, was attending an event hosted by Learning Together on Friday when he launched the attack. He had been released from prison 11 months earlier after serving less than half of a 16-year sentence for a terrorism conviction.

Of the three victims who survived the Friday attack, one has returned home from the hospital, police said. Cambridge Vice Chancellor Stephen Toope confirmed in a statement Sunday that a university staff member, who has not been publicly identified, was among the injured.

"What should have been a joyous opportunity to celebrate the achievements of this unique and socially transformative programme, hosted by our Institute of Criminology, was instead disrupted by an unspeakable criminal act," Toope wrote.

The chaotic midafternoon attack started Friday in Fishmongers' Hall, where Learning Together was hosting its event. The attack then spilled out onto the busy London Bridge nearby, police said.

Despite Khan wearing what appeared to be an explosive vest that was later determined to be fake, a pair of bystanders helped subdue him with a fire extinguisher and a narwhal tusk pulled from the wall of Fishmongers' Hall. He was fatally shot by police.