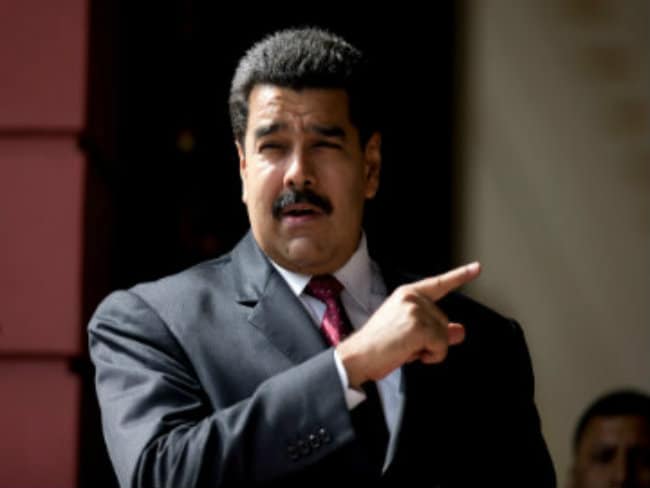 Caracas:
Venezuelan President Nicolas Maduro said yesterday that a coup being plotted by military aviation officials had been dismantled and those involved detained.
Like his predecessor Hugo Chavez, ,Mr Maduro frequently announces supposed coup attempts and blames right-wing forces, as well as the United States and Colombia.
"We have broken up and foiled a coup attempt against democracy and the stability of our country," Mr Maduro said at a ceremony in Caracas.
"This was an attempt to use a group of military aviation officers to provoke a violent event," he added.
The president said arrests had been carried out on Wednesday night and Thursday morning.
One of those detained was "an aviation general called Hernandez, alias el Oso (the bear)," Mr Maduro said, adding that he supposedly had plotted along with four other officers.
Mr Maduro said the coup would have seen an attack by a Tucano aircraft against the presidential palace or another target and the plan was supposedly financed by the United States and directed "from Washington."
The president made the announcement a year after bloody protests in Caracas against his government that between February and June resulted in 43 deaths.
Mr Maduro's popularity has plummeted to 20 percent over the past year, as the oil-rich country's many woes -- dire shortages, a shrinking economy, and high crime -- have grown worse.
Comments
NicolasHugo ChavezUnited StatesColombiaVenezuelaVenezuelan President