US To Call UN Vote On North Korea Sanctions Over Missiles: Official

The US and South Korea say that North Korea fired three missiles, including possibly its largest ICBM, hours after President Joe Biden closed a visit to the region. 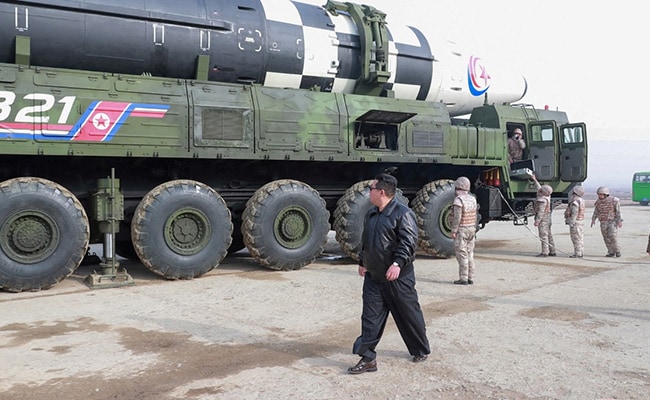 South Korea claimed that at least 3 ballistic missiles were fired by North Korea on Wednesday.

The United States will call a United Nations Security Council vote shortly on toughening sanctions on North Korea after it fired an intercontinental ballistic missile, a senior US official said Wednesday.

The official expected a vote "in the coming days" on the resolution that would notably curb oil imports, although diplomats say Russia and China could exercise their veto power.

The US official noted that Security Council Resolution 2397, adopted unanimously in 2017, called for further consequences in the event of another ICBM launch.

"That was a provision of that resolution. That's precisely what happened and so we feel it's now time to take action," the official said on condition of anonymity.

The United States holds the presidency of the UN Security Council until the end of the month.

A draft text would reduce the amount of oil that North Korea can legally import each year for civilian purposes from four million to three million barrels (525,000 to 393,750 tons).

The resolution would also impose further sanctions on North Korean exports including of clocks, watches and mineral fuels.

The United States and South Korea say that North Korea fired three missiles, including possibly its largest ICBM, hours after President Joe Biden closed a visit to the region.