Teacher Used The N-Word. Told Students Dating Black People Was 'Not Worth It'

Interviews showed the teacher was easily angered, Liked to "confront students by getting in their face," the district's investigation report said. 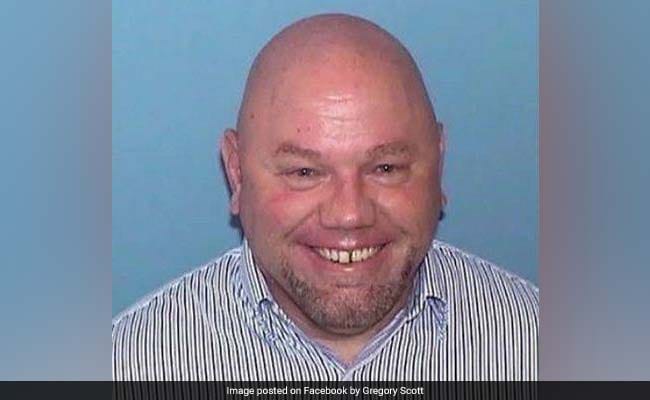 David Swinyar had no past disciplinary actions on his record, district's investigation report said

A middle school teacher in Florida has been suspended for 10 days after allegedly using the n-word, calling students "dumb" and making other racist or inflammatory comments in class.

David Swinyar, a math teacher at Kernan Middle School in Jacksonville, Florida, was suspended without pay Tuesday by Duval County Public Schools. The district had been investigating Swinyar since October, when a student's mother complained about the teacher's behavior.

That complaint led to interviews with more than two dozen students and staff members, who alleged, among other things, that Swinyar yelled at and confronted students in a "physically aggressive manner," according to a copy of the district's investigation report obtained by The Washington Post.

Swinyar was also accused of making racist remarks, including using the n-word, to some of his students last semester.

"If my daughter was dating someone who used the 'f' word, I wouldn't have any respect for that n-----," Swinyar said during one of his classes, according to the report.

Several students testified that the classroom grew quiet after that, seemingly in shock over Swinyar's use of the slur. When some questioned him about it, Swinyar denied using the word, saying he would "never" do so, according to the report.

Shortly after the incident, one male student left the classroom to report Swinyar's "aggressive tone and demeanor" to his mother, but Swinyar allegedly followed the student, "began 'yelling' at him . . . [and] also snatched the phone out of his hand," the report said.

Another student told district investigators that Swinyar had been discussing relationships when he told students: "If your boyfriend says bad things to you and/or treats you wrong, that means that he's acting like a n-----," and, "You all should not be dating all these different African-American boys because they are not worth it."

In all, at least 24 students and several staff members gave statements about Swinyar's behavior to investigators and to the Kernan Middle School principal and assistant principal. Allegations of racist comments aside, the interviews also painted a picture of a teacher who was easily angered and who liked to "confront students by getting in their face," the report said.

"When Mr. Swinyar gets mad, he becomes aggressive," one female student testified, according to the district's report. "Additionally, Mr. Swinyar belittles students by talking down to them about their low [Florida Standards Assessments] scores. He loves to talk about politics and Donald Trump. He also talked about attending a black church. Mr. Swinyar often 'mocks' black preachers."

However, despite finding Swinyar's behavior rude, the student said that overall she thought he was a "good teacher," according to the report.

Swinyar had no past disciplinary actions on his record, the report said.

The district concluded that "there is a preponderance of evidence to support that Mr. Swinyar exercised poor judgment when he engaged in inappropriate communication in the presence of, and/or toward students."

About 22 percent of Kernan Middle School's 1,285 students are African-American, according to the district.

In an email to school board members and district officials, Duval County Public Schools Superintendent Patricia Willis defended the disciplinary action as consistent with a four-step process outlined by a collective bargaining agreement.

An employee being disciplined typically receives a verbal warning, then a written reprimand, before progressing to steps three and four: suspension without pay and termination, Willis said.

"To skip a step, we must demonstrate that the conduct is severe and in doing so, we consider factors such as the employee's previous disciplinary history, if any, potential harm to the physical or mental well-being of students and/or whether the conduct impairs the employee's effectiveness in performing his/her duties or confidence in the eyes of the students or parents," Willis wrote in her email.

In this case, the district decided that Swinyar's conduct was severe enough to merit skipping the first two steps, despite his lack of previous disciplinary actions, Willis said.

An attorney representing Swinyar through the Duval teachers union did not immediately respond to a request for comment Friday. Swinyar is appealing the outcome of the investigation, according to a Duval County schools spokeswoman.

Several students also alleged during their interviews that Swinyar watched pornography in the classroom on his laptop and cellphone. Swinyar's district-issued laptop was subsequently turned over to investigators, who did not find any "inappropriate sites or materials" on the computer. The report deemed those allegations unsubstantiated.

After Swinyar returns from his unpaid suspension, he will be "reassigned to an appropriate district position with no contact with students for the remainder of the year," Willis said.

Swinyar's contract with the district expires June 30, and it will be reconsidered for renewal in May, along with all other annual employees' contracts, she added.

On Wednesday, Kernan Middle School Principal Julie Hemphill sent a letter home to parents regarding Swinyar's suspension, though it did not name the teacher, according to a copy of the letter posted by Action News Jax reporter Danielle Avitable.

Promoted
Listen to the latest songs, only on JioSaavn.com
"The type of behavior demonstrated by the teacher is unacceptable and will not be tolerated because it does not reflect the positive learning environment we are committed to building at Kernan Middle School," Hemphill wrote.