US Takes Custody Of 2 Jihadists "The Beatles" From Syria Kurds

Turkey has launched an assault on the Syrian Kurdish forces sparking fears that the offensive could lead to captured fighters they held escaping and reconstituting the group. 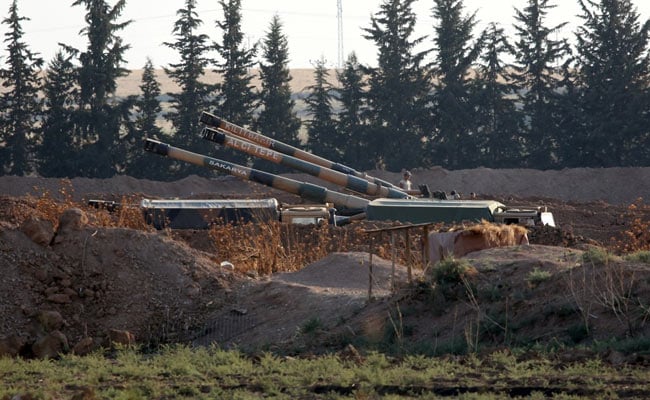 Two "high-value" jihadists held by Syrian Kurds have been taken into US custody and moved out of the country, a defense official said Wednesday, as reports identified them as notorious British fighters dubbed "The Beatles."

Turkey has launched an assault on the Syrian Kurdish forces -- with which the US partnered to combat the Islamic State group -- sparking fears that the offensive could lead to captured fighters they held escaping and reconstituting the group.

"I can confirm that we've taken custody of two high-value ISIS individuals from the SDF," the defense official said on condition of anonymity, referring to the Islamic State group and the Kurdish-led Syrian Democratic Forces that held the captured jihadists.

"They have been moved out of Syria and are in a secure location," the official said, without identifying where. "They are being held in military custody pursuant to the law of war."

US media reports identified the two as part of an extremely violent all-British four-man cell that kidnapped and tortured foreigners, including journalists, at the height of Islamic State group's power in Syria and Iraq.

One other was killed in a drone strike and the fourth is imprisoned on terror charges in Turkey.

'Particularly bad'
Their cell is accused of abducting and decapitating around 20 hostages including American journalist James Foley, who was beheaded in 2012.

US President Donald Trump had earlier said that the US was taking steps to prevent the potential escape of particularly dangerous Islamic State group fighters amid the Turkish offensive.

"We are taking some of the most dangerous ISIS fighters out and we're putting them in different locations where it's secure," Trump said at the White House.

"We have taken a certain number of ISIS fighters who are particularly bad and we've wanted to make sure nothing happened to them with respect to getting out," he said.

The move addressed one of the most worrisome issues of Trump's green light to Turkey to invade Syria, where the Kurds, a longtime US battlefield partner, are viewed as a terror threat by Ankara, a NATO ally of Washington.

The SDF have been holding prisoner some 10,000 captured Islamic State group fighters.

The SDF-held fighters include around 2,000 of foreign nationality, many of them from European countries that have refused to take them back.

Trump said the Kurds are still guarding many of the Islamic State group militants, but also said Turkey will be responsible for them.

"If the Kurds don't watch, Turkey will watch. They don't want those people out any more than we do," he said.