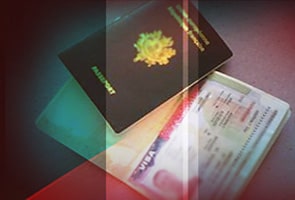 Jackson, Mississippi: The State Department is publicly acknowledging that one of its most popular exchange programs leaves foreign college students vulnerable to exploitation, but it's unclear if new regulations the agency is pushing will do enough to stop the abuses.

The revised rules aim to shift more responsibility onto the 53 entities the department designates official sponsors in the J-1 Summer Work Travel Program. Historically, many sponsors have farmed out those duties to third-party contractors, making the sponsors "mere purveyors of J-1 visas," according to the State Department's proposed new rules published this spring in the Federal Register.

Federal auditors have criticized the department for years for depending on sponsors, some of whom make millions of dollars off J-1 students, to oversee the program and investigate complaints. Yet the new regulations would require little or no direct oversight by State Department employees, leaving sponsors free to continue policing themselves and their partners.

The changes are to take effect July 15, too late for thousands of students already in the country for another season of cleaning hotel rooms, waiting tables and working checkout counters.

Students visiting under J-1 visas make ideal victims since they are here temporarily and may not know how to seek help. An Associated Press investigation published six months ago found that many participants paid thousands of dollars to come to the US, only to learn the jobs they were promised didn't exist. Some had to share beds in crowded houses or apartments, charged so much for lodging and transportation that they took home no pay. Others turned to the sex industry, while some sought help from homeless shelters.

In posting the proposed new rules, State Department officials detailed problems that largely mirrored the AP's findings, then blamed lack of oversight by the sponsors, and expressed confidence the changes will help clean up the program.

A review of the new regulations shows they have few teeth, however. While the changes spell out how sponsors are to vet third-party brokers and how often they are to touch base with visiting students, the rules are vague on how vigorously the State Department will check to verify those duties are done. The department will conduct a spot check of the biggest sponsors -- but the agency has a little more than a dozen employees who keep track of this and other foreign exchange programs, which handle more than 300,000 participants, according to the Economic Policy Institute, a nonpartisan think tank that plans to publish a report on the program.

While the State Department acknowledged that housing and living conditions have been a problem, there's nothing in the new regulations that addresses oversight of those issues. The revised policies also contain no mention of penalties if sponsors are found lacking.

But the department also acknowledged that no Summer Work Travel sponsor has ever been removed from the program for its treatment of students, despite years of complaints of exploitation and deplorable living and working conditions, according to documents obtained by the AP. And only a few sponsors have ever been reprimanded, according to the State Department.

"You can have all the rules and the regulations in the world, but if you don't have enforcement, the rules are worthless. They're not worth the paper they're written on," said George Collins, an Okaloosa County, Fla., sheriff's inspector who has been complaining to the State Department for 10 years about the problems.

Prompted in part by the AP project and by complaints from visiting students, the House Judiciary Committee's immigration subcommittee had planned a hearing on the program on Wednesday, but the hearing was postponed.

Participation has increased dramatically over the last decade, but so have the problems. In one of the worst cases unearthed by the AP, at least two J-1 students from Ukraine were beaten and forced to work in strip clubs in Detroit. One said she was raped by her captors.

"This is a dangerous program because the State Department has outsourced its oversight role to the program sponsors and employers who hire the participants," said Daniel Costa, an immigration policy analyst who is working on a report on the program for the Economic Policy Institute.

State Department officials insist the "safety and well-being of all J-1 exchange participants is our top priority."

The new regulations also promise closer scrutiny of participants from several nations, including Belarus, Bulgaria and Russia, that are "known sources of the types of criminal activity that the State Department wishes to avoid," according to the Federal Register. Students have been used to launder money stolen from US banks, and women forced into the sex industry through the J-1 program often come from Eastern Europe.

The State Department, again shifting blame, said in the Federal Register that it wanted to publish the proposed rules changes sooner but waited after sponsors complained they had already signed contracts to provide workers this season to resorts and other employers.

"Inadequacies in US sponsors' vetting and monitoring procedures contribute to potentially dangerous or unwelcomed situations for these participants," the State Department said in the Federal Register. "This past summer the Department received a significantly increased number of complaints from foreign governments, program participants, their families, concerned American citizens."

Yet the AP found that while law enforcement and others had complained to the State Department for years about abuse in the J-1 program, the agency didn't start tracking complaints until late last year -- after the AP asked for the documents in a Freedom of Information Act request.

The AP investigation found abuse of hundreds of students in more than a dozen states. More recently, the AP obtained emails between several Thai students and their sponsoring organization, the International YMCA, based in New York. The emails said 12 foreign students were each paying $400 a month -- a total of $4,800-- to live in the Florida Panhandle in a mobile home infested with cockroaches and rodents.

The Thai students complained to US Rep. Jeff Miller, R-Fla., saying they were afraid of a third-party labor broker, Ivan Lukin, who arranged for their housing and jobs. They said Lukin threatened them with deportation when they complained, and that the State Department and the International YMCA did little to help them.

"We are afraid of Mr. Lukin and fear for our personal safety, but the YMCA has dismissed our concerns, even after we have informed them of our fears," one of the students wrote to Miller.

When the AP asked about Lukin, the State Department said in an email the agency cuts ties with people or businesses that violate established procedures. Yet Florida police warned the State Department as far back as 2007 that Lukin was subjecting students to crowded living conditions in violation of housing codes, according to emails obtained by the AP. There also were concerns the students weren't being paid.

Lukin declined to comment about the allegations. He said he would only answer questions by email. The AP sent him questions, but he didn't respond.

At first, the YMCA said "a small number of participants from Thailand who Lukin had placed" complained to the State Department and the Thai embassy, rather than with the YMCA, and that those complaints "were not related to health or safety issues."

When the AP produced an email to the YMCA showing the students complained about their health and safety, it agreed there were problems and said it would look into the situation.

"We take the students' allegations very seriously and have asked outside consultants to undertake an independent and comprehensive investigation so that we can fully determine the facts," said Ellen Murphy, the Y's spokeswoman.

Promoted
Listen to the latest songs, only on JioSaavn.com
That includes an "immediate and comprehensive review of the International's Y's dealings with Lukin," she said.

The State Department is accepting public comments on the proposed rule changes through June 27.