"Bat Out Of Hell" Singer Meat Loaf Dies At 74

"Our hearts are broken to announce that the incomparable Meat Loaf passed away tonight with his wife Deborah by his side," the statement on his Facebook page said. 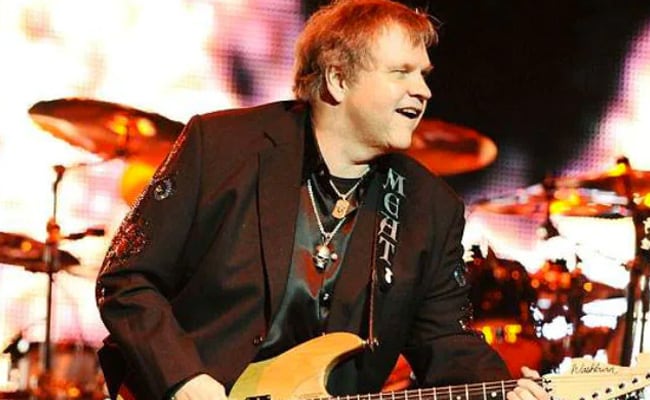 US singer and actor Meat Loaf has died aged 74.

US singer and actor Meat Loaf, famous for his "Bat Out of Hell" rock anthem, has died aged 74, according to a statement on Friday.

"Our hearts are broken to announce that the incomparable Meat Loaf passed away tonight with his wife Deborah by his side," read a statement on his Facebook page.

"Daughters Pearl and Amanda and close friends have been with him throughout the last 24 hours."

Meat Loaf distinguished himself in the late 1970s with his soaring vocal range and lavish stage productions.

"Bat Out of Hell" reportedly sold some 43 million copies and is one of the highest-selling albums ever.

According to the statement on Facebook, his career spanned six decades that saw him sell over 100 million albums and appear in over 65 movies.

"From his heart to your souls...don't ever stop rocking!" it added.

Aside from his rock gigs, Meat Loaf had small parts in films and TV shows, including the musical comedy "Rocky Horror Picture Show" (1975) and "Fight Club" (1999).