The senators criticised Saudi's conduct in the civil war in Yemen, heavy-handed diplomacy and rights abuses including torturing women's rights activists and the murder of Saudi journalist Jamal Khashoggi. 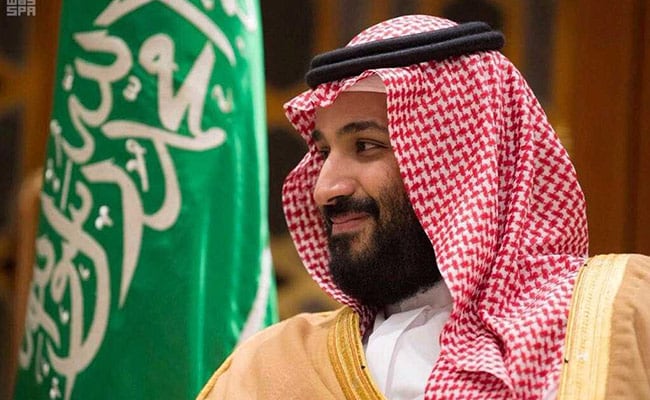 Saudi Prince Mohammed bin Salman has been criticised globally for his role in the grisly kiling.

Retired Army General John Abizaid, U.S. President Donald Trump's nominee to be ambassador to Saudi Arabia, defended the U.S.-Saudi relationship on Wednesday as lawmakers accused the kingdom of a litany of misdeeds and criticized its crown prince as going "full gangster."

Senators at Abizaid's confirmation hearing, Trump's fellow Republicans as well as Democrats, condemned the kingdom's conduct in the civil war in Yemen, heavy-handed diplomacy and rights abuses including torturing women's rights activists and the murder of Saudi journalist Jamal Khashoggi.

Abizaid called for accountability for the murder of Khashoggi, a U.S. resident, and support for human rights, but repeatedly stressed the importance of Washington-Riyadh ties.

Despite increasing tension between the two countries, the United States has not had an ambassador there since Trump became president in January 2017.

"In the long run, we need a strong and mature partnership with Saudi Arabia," Abizaid told the Senate Foreign Relations Committee. "It is in our interests to make sure that the relationship is sound."

Abizaid, a retired four-star Army general, led U.S. Central Command during the Iraq war. Expected to easily win Senate confirmation, he was praised by senators from both parties at the hearing.

Khashoggi, a Washington Post columnist and critic of the Riyadh government, was killed at a Saudi consulate in Turkey in October. His death fueled simmering discontent in Washington over Saudi Arabia's human rights record and heavy civilian casualties in Yemen's civil war, where a Saudi-led coalition is fighting Iran-backed Houthi rebels.

The House of Representatives has passed a war powers resolution that would end all U.S. support for the Saudi-led coalition, but Abizaid said the Trump administration believes strongly that U.S. support should continue.

"Doing so bolsters the self-defense capabilities of our partners and reduces the risk of harm to civilians," Abizaid said.

The measure passed the Senate last year, but must go through the chamber again this year to be sent to the White House, where Trump is expected to issue a veto. However, its support in Congress is considered a strong rebuke of Riyadh.

Lawmakers have been strongly critical of Mohammed bin Salman, the powerful Saudi crown prince. Some blame him for Khashoggi's killing and other human rights abuses.

Eleven suspects have been indicted in Saudi Arabia for Khashoggi's murder, and last month a top Saudi official rejected accusations that the crown prince ordered the killing.

Republican Senator Jim Risch, the committee's chairman, said Washington needed to send a strong message to Saudi Arabia about actions that he said are complicating the relationship.

"It's going to have to be addressed by the Saudis and by the Crown Prince," Risch said.

"The Crown Prince has launched Saudi Arabia into a devastating war in Yemen, isolated Qatar, threatening Gulf cooperation and coordination against threats from Iran and regional terrorist groups, detained and tortured members of his own family and effectively hoodwinked and intimidated the Lebanese prime minister," said Senator Bob Menendez, the committee's top Democrat.

One, Republican Marco Rubio, cited a long list of actions including the imprisonment of women's rights activists and the 2017 detention of Lebanese Prime Minister Saad al-Hariri.

Abizaid said in prepared remarks that the ISIS has been "nearly vanquished on the ground," but remains a "potent threat" to the United States and its allies.

While contradicted by some U.S. military and intelligence officials, Trump has declared that ISIS has been driven out of all its territory since announcing in December that he would withdraw U.S. forces from Syria. He claimed that U.S.-led forces had succeeded in their mission to defeat the terror group.

Since then, Trump has decided to leave hundreds of U.S. troops in the country over the longer run.