US Seeks 7 Years in Prison for Friend of Boston Bomber 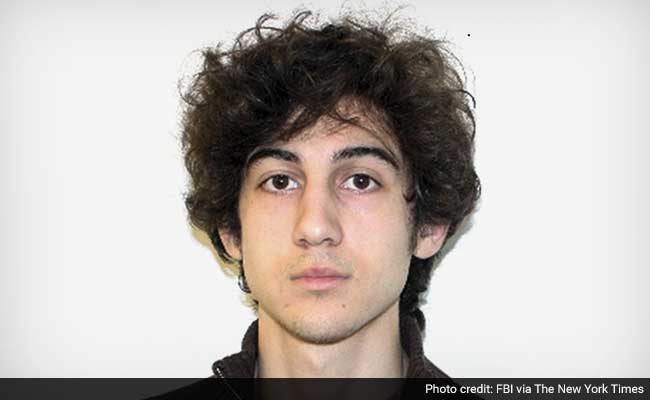 Boston: Federal prosecutors asked a judge on Wednesday to sentence a friend of the convicted Boston Marathon bomber to seven years in prison for obstructing the investigation into the deadly 2013 attack.

Kazakhstan national Dias Kadyrbayev is one of three friends of convicted bomber Dzhokhar Tsarnaev due to be sentenced next week for interfering with the investigation into the bombing that killed three people and injured 264.

Kadyrbayev, who was in the United States as an exchange student, pleaded guilty in August to obstruction of justice after his roommate and fellow Kazakh exchange student Azamat Tazhayakov was found guilty by a jury of obstructing justice by removing a backpack containing empty fireworks shells from Tsarnaev's dorm room three days after the April 15, 2013, bombing.

Tsarnaev was sentenced to death earlier this month for the attack.

The two Kazakhs and a third friend, Robel Phillipos of Cambridge, Massachusetts, visited Tsarnaev's dorm room after the Federal Bureau of Investigation released photos of Dzhokhar and Tamerlan Tsarnaev, saying they were suspects in the bombing. The trio recognised Tsarnaev, but did not alert authorities.

"There is no evidence that Kadyrbayev was aware of Tsarnaev's plan to bomb the Boston Marathon or played any role in that terrorist attack," prosecutors wrote. "Nevertheless, Kadyrbayev conspired with Tazhayakov to obstruct a terrorism investigation."

The night of Kadyrbayev's visit to Dzhokhar Tsarnaev's dorm room, the Tsarnaev brothers shot dead Massachusetts Institute of Technology police officer Sean Collier, setting the stage for a gunfight with police that ended in Tamerlan's death.

Prosecutors noted Kadyrbayev said on a Russian social media site that he realized Tsarnaev was involved.

"My best friend did this," Kadyrbayev wrote in a post cited by prosecutors. "They hijacked a car, killed a policeman."

Collier's step-father, Joseph Rogers, emphasized the loss to the family in a filing with the court on Wednesday, ahead of Kadyrbayev's sentencing on June 2.

"The defendant had the tools and the ability to change the course of history," Rogers said. "He chose to say nothing, and because of that, he has taken everything away from us. He has taken our son."

Kadyrbayev could have been sentenced to as much as 25 years in prison, although his guilty plea caused prosecutors to ask for a lesser sentence.