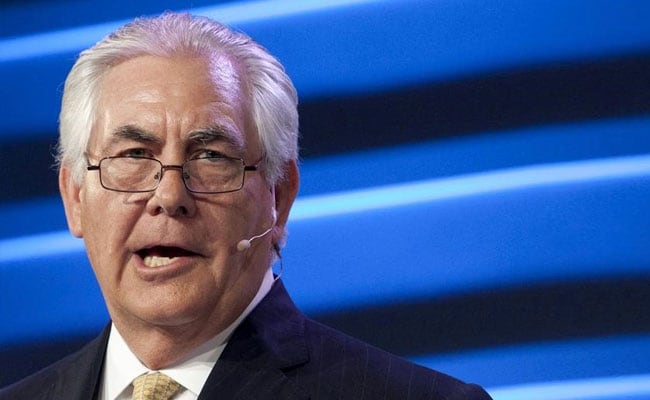 This would be Rex Tillerson first visit as Secretary to East Asia and the Pacific region.

New Delhi: The US Secretary of State Rex Tillerson will be travelling to Japan, South Korea and China from March 15 to 19, the US Department of State informed.

This would be his first visit as Secretary to East Asia and the Pacific region. In each country, Mr Tillerson will meet senior officials to discuss bilateral and multilateral issues, including strategic coordination to address the advancing nuclear and missile threat from North Korea and reaffirm the US Administration's commitment to broaden and enhance US economic and security interests in the Asia-Pacific region, said the state department statement.

Mr Tillerson will arrive in Tokyo on March 15 followed by Seoul on March 17, and Beijing on March 18.

The visit comes amidst growing tensions over North Korea's latest missile tests that landed off the coast of Japan.

Mr Tillerson will discuss the security situation in the region and try to assuage concerns of China over the US deployment of Terminal High Altitude Area Defense or THAAD missile defense system in South Korea, in response to North Korea's recent missile tests.

The United States on Tuesday said "all options are on the table" to deal with North Korea and dismissed China's suggestion of a ''dual suspension" of US and South Korea military drills along with simultaneous suspension by North Korea of its missile and nuclear tests against the two.

Tensions between the US and China escalated after Donald Trump accused Beijing of not doing enough to curb North Korea's nuclear ambitions. The Chinese media said its Foreign Minister Wang Yi said that the two sides (North Korea and South Korea-US) were like "accelerating trains coming towards each other".

North Korea's Foreign Ministry warned it would "reduce the bases of aggression and provocation to ashes with its invincible Hwasong rockets tipped with nuclear warheads and reliably defend the security of the country and its people's happiness in case the US and the South Korean puppet forces fire even a single bullet at the territory of the DPRK".