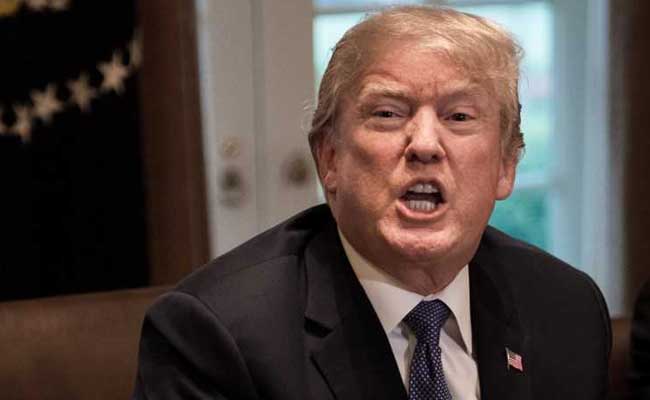 WASHINGTON/UNITED NATIONS: The United States on Friday blamed the Syrian government for a deadly chemical weapons attack this month and slammed Russia for failing to stop its ally, Syrian President Bashar al-Assad.

As the prospect of U.S.-led military action that could lead to confrontation with Russia hung over the Middle East, the White House accused Syria of staging a toxic gas assault on April 7 that killed dozens of people in Douma, near Damascus.

"We have a very high confidence that Syria was responsible and, once again, Russia's failure to stop them and their continued (lack of action) on this front has been part of the problem," White House spokeswoman Sarah Sanders said.

U.S. intelligence shows a Russian claim that the attack was faked was false, Sanders said. "Our intelligence tells us otherwise. I can't go beyond that," she told reporters.

The U.S. State Department said the United States has proof at "a very high level of confidence" that the Syrian government carried out the attack but is still working to identify the mix of chemicals used.

President Donald Trump said on Wednesday that missiles "will be coming" in response to the Douma incident. Russia has warned the United States and its allies against carrying out any military strike.

Promoted
Listen to the latest songs, only on JioSaavn.com
The investigators, who are only mandated to determine if chemical weapons were used and not who used them, were expected to start their investigations into the Douma incident on Saturday, the Netherlands-based agency said.
© Thomson Reuters 2018

J&J Vaccine Gets Additional Warning On Bleeding Side Effect