The US notice said that 45 days after its publication, goods "must be marked to indicate that their origin is 'China'". 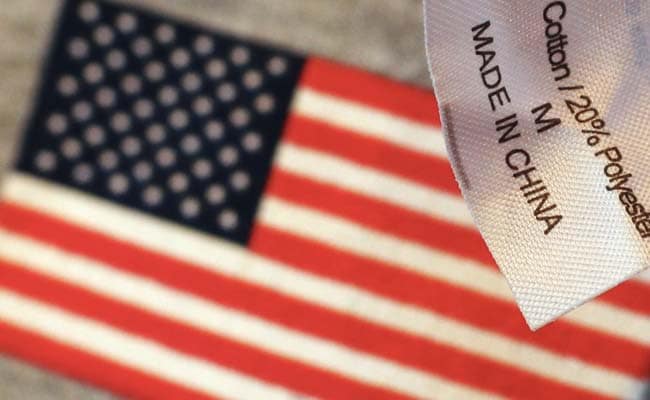 Goods made in Hong Kong for export to the United States will need to be labelled as made in China after September 25, according to a U.S. government notice posted on Tuesday.

The move follows China's imposition of a national security law on Hong Kong and a U.S. decision to end the former British colony's special status under U.S. law, escalating bilateral tensions that were already rising over trade war tariffs and the handling of the coronavirus outbreak.

The latest step will see Hong Kong companies subject to the same trade war tariffs levied on mainland Chinese exporters, should they make products subject to these duties, said the U.S. Customs and Border Protection notice.

It said that 45 days after its publication, goods "must be marked to indicate that their origin is 'China'".

The step was taken after the United States determined that Hong Kong is "no longer sufficiently autonomous to justify differential treatment in relation to China".

Trump has made tough talk against China a feature of his campaign for re-election in November.

In retaliation, China imposed sanctions on 11 U.S. citizens including lawmakers from Trump's Republican Party on Monday.

U.S. Treasury Secretary Steven Mnuchin said on Monday that companies from China and other countries that do not comply with U.S. accounting standards will be delisted from U.S. stock exchanges from the end of 2021.