Marc Short began quarantine and was assisting in the contract tracing process, Pence spokesman Devin O'Malley said in a statement. 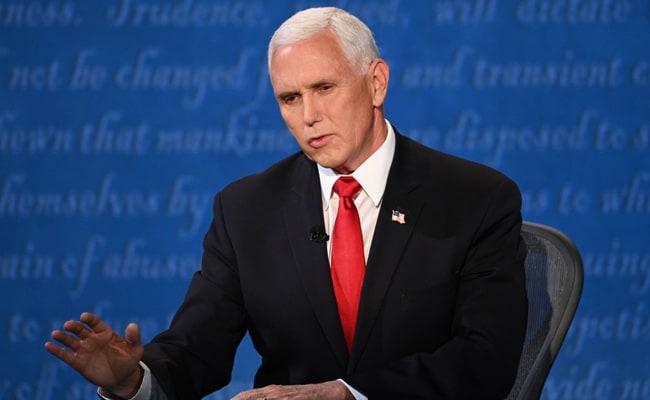 US Vice President Mike Pence's chief of staff tested positive for Covid-19 on Saturday, a spokesman said, the latest in a list of figures connected to Donald Trump's administration to do so.

Marc Short began quarantine and was assisting in the contract tracing process, Pence spokesman Devin O'Malley said in a statement.

"Vice President Pence and Mrs. Pence both tested negative for Covid-19 today, and remain in good health," he added.

Pence, who has been campaigning ahead of the November 3 election, will maintain his current schedule in consultation with White House doctors, said the spokesman.

A surge in Covid-19 cases led to the United States reaching a record number of daily infections for a second day running on Saturday, with nearly 89,000 new cases.

A list of people connected to the White House have contracted the virus, including President Trump, who was hospitalized before recovering.

Trump has downplayed the seriousness of the virus, calling for businesses to reopen so the economy can recover.

Joe Biden, his Democratic opponent in the upcoming polls, has repeatedly criticized Trump's handling of the health crisis.

The virus has claimed more than 224,000 American lives.