US President Donald Trump's decision, which has been roundly denounced by the international community, was based on his belief that it 'did not serve the American people'. 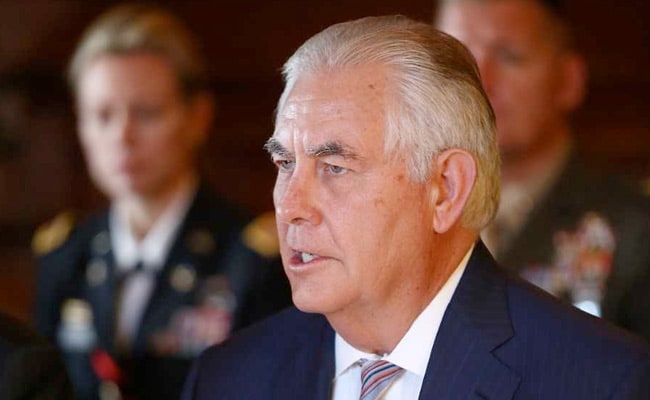 Sydney: US President Donald Trump wants to stay engaged on climate change and has not abandoned the issue, Secretary of State Rex Tillerson said Monday, days after Trump announced he was quitting the Paris accord.

Trump's decision, which has been roundly denounced by the international community, was based on his belief that it "did not serve the American people", Tillerson said in Sydney.

"It did not serve their future economic interest either," he added.

"But I think the president indicating his desire to re-examine, enter into discussions with others -- perhaps a new construct of an agreement -- indicates his recognition that the issue is still important and that he wants to stay engaged on the issue."

Tillerson, who reports have suggested was among those who counselled Trump not to scrap the deal, said last week the United States would pursue unilateral efforts to curb greenhouse gas emissions despite plans to pull out of the Paris accord.

He insisted in Sydney that his boss was "not walking away" from the issue altogether.

Expressions of shock and regret have poured in from around the world, including from Pacific islands at risk of being swallowed by rising seas which accused Washington of abandoning them.

With the United States virtually isolated on the world stage, a string of administration officials have sought to justify the decision to abandon the 195-nation Paris deal curbing global emissions.


(Except for the headline, this story has not been edited by NDTV staff and is published from a syndicated feed.)
Comments
US President Donald TrumpExit from Paris Climate AccordTo Stay engaged on Climate ChangeUS Secretary Rex TillersonParis Climate Deal